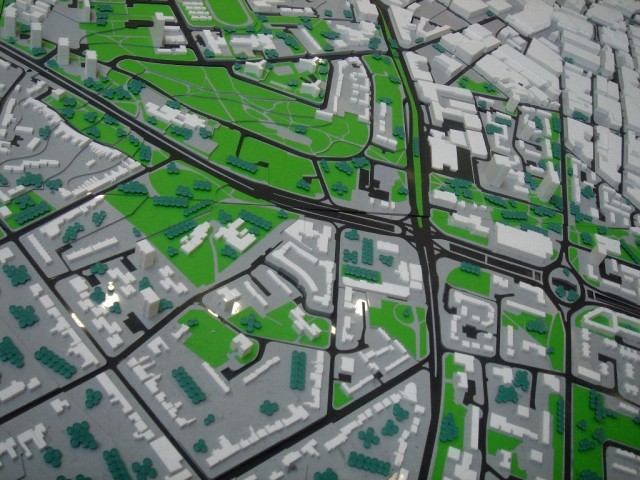 Riverfront will have modern amenities with 70% area dedicated to trees. PHOTO: FILE

The Punjab government has formed a plan to invite $10 billion foreign investment to develop the riverfront of Ravi on modern theme under a mega project sprawling over an area of 70,000 acres, The Express Tribune has learnt.

The project named Ravi River Development Front would be developed on the pattern of River Thames that runs through London, sources in Lahore’s city government said.

The Punjab government has invited expressions of interest from international consultancy firms for preparing technical study and feasibility during the last week, they added.

The project entails building a 36 kilometre long concrete channel for the Ravi River and developing a new city on its banks that would have green belts, parks and recreation areas. The one kilometre wide and 15 feet deep channel would be run from the siphon on BRB canal to Maraca area.

Expecting an inflow of foreign visitors, the planners have proposed to give the city a Mughal and classical Lahore aura, keep it weapon and crime free, build its own airport and allow restricted access via ring road on both sides, an official involved in the project said.

The riverfront will be dotted with modern piers, boardwalks and 70% area dedicated to trees to make it environment friendly.

The project would generate $1,500 to $2,000 billion worth of economic activity till its completion in three years, the official said.

Around 25,000 acres of riverfront would be sold to investors for business, cultural and lifestyle activities.

The city district government has issued notification to acquire land for the project and all sale and purchase, mutation on both sides of existing Ravi banks have been banned, he confirmed.

People living in localities having more than 40 houses would be relocated in nearby areas whereas others would be given compensation on market rate.