Halls packed for third show in the morning session

Halls packed for third show in the morning session

Childr­en enjoye­d the backgr­ound music of the films.
By Our Correspondent
Published: September 19, 2013
Tweet Email 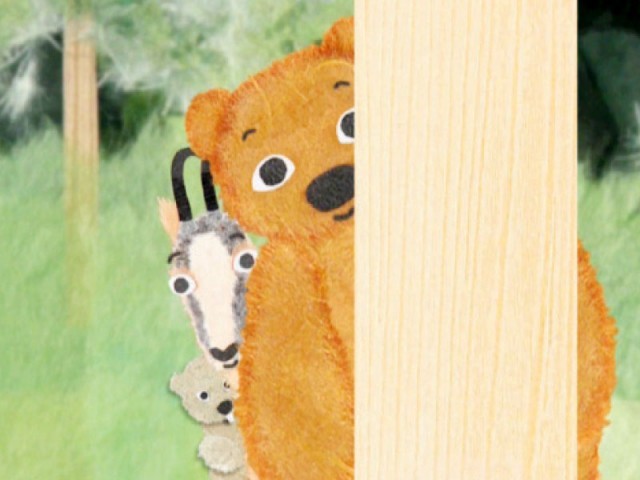 A screen shot of the film Chamois that was screened at the third day of the Lahore International Children’s Film Festival.

Nearly 450 students from various schools attended the third show of the morning session of the Lahore International Children’s Film Festival at Alhamra on Wednesday.

Guddu Ki Guddi, screened for the third time at the festival, received an overwhelming response from the audience. The 4-minute short film directed by a talented Pakistani duo, Madiha Jamil and Saleha Alvi, shows a boy trying to catch a kite inside the Walled City during the Basant festival. The film does not have dialogue, but the catchy Dhol beat in the background keeps the audience entertained.

Shahpara Salim, an art critic and teacher at Beaconhouse National University, said, “It was a treat to watch a simple concept turned masterpiece because of excellent animation. It is encouraging to see them compete with foreign directors on an international forum. We must support and promote them by providing them more platforms.”

The young audience broke into applause over Little Gypsy (Kachho Gadulo), a 6-minute short film by Pranay Patwardhan, Shivangi Ranawat, Saptesh Chaubal and Janmeet Singh. The film, inspired by the tribal culture of India, blends various art forms to make it easy for children to understand.

The Centipede and a Toad is a 10-minute short film by Anna Khmelevskaya. It has previously been screened at the Ziln Film Festival 2013 and Czech Republic-Eastern Europe premiere. Centipede, a creature with 100 hands, in a faraway forest is loved by all the creatures of the forest except for Toad. A dance performed by the Centipede against a background of classical music captivates the audience.

Mudassar Hussain, a class 3 student, said, “I really enjoyed the background music of Guddu ki Guddi and The Centipede and a Toad.”

Audience moved to tears, kept on tenterhooks at the evening session