Did you know?: Ranbir is scared of daddy!

Did you know?: Ranbir is scared of daddy! 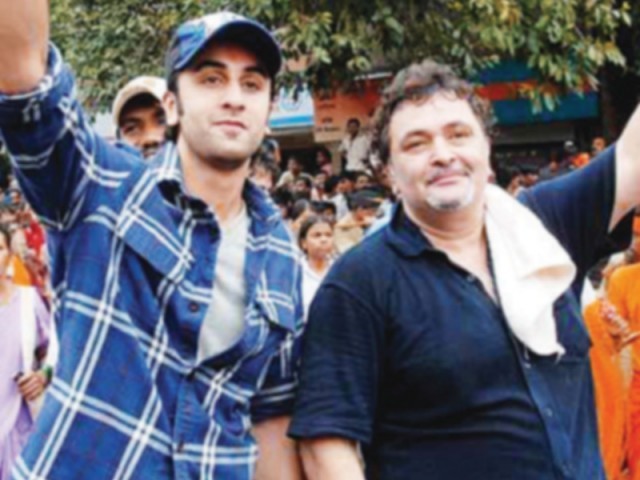 According to media buzz, he is also not in favour of Ranbir and Katrina Kaif’s wedding. PHOTO: FILE

Some are scared of monsters hidden in closets while some dread the ones living under their beds. But Ranbir Kapoor is scared of something else altogether — his dad, Rishi Kapoor aka Chintu! “It’s been 30 years, and even today, main apne papa se aankhen mila key nahi baat kar paata [I can’t talk to him while looking straight in his eyes]. I’m quite scared of him,” Ranbir confessed according to IANS. “I don’t fear anyone except my father.”

Don’t worry Ranbir, we don’t blame you. We’ve seen a piece of papa Rishi’s wrath in the past. When Deepika Padukone and Sonam Kapoor made fun of his dear son on Karan Johar’s show Koffee with Karan (they said Ranbir is a terrible boyfriend, needs a stylist and can never be faithful amongst other things), Rishi exploded and ended up saying some pretty cruel things.

“It just shows their class. I would like to tell them to stop giggling all the time and behave maturely. They are on the show because they are their father’s daughters and not because of their work,” he said, according to Mid Day. Shudders…

According to media buzz, he is also not in favour of Ranbir and Katrina Kaif’s wedding. Watch out Kat — don’t mess with him!