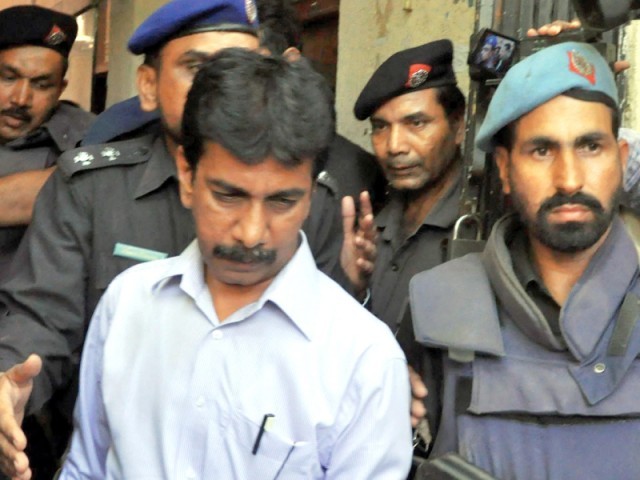 MQM's Nadeem Hashmi being escorted by the police. PHOTO: INP/FILE

KARACHI: The police have released Nadeem Hashmi, the Muttahida Qaumi Movement leader and a former provincial assembly member, on Tuesday night due to lack of sufficient evidence against him.

Hashmi was arrested from his residence last week over his alleged involvement in the murders of two police constables. He was booked under terrorism and murder charges.

The MQM had decried his arrest and had staged a walkout from a Sindh Assembly session in protest. His detention also caused some parts of the metropolis to shut down.

His case proceedings were carried out in an anti-terrorism court and he was currently under police custody in remand until September 19.

A Joint Interrogation Team (JIT) was also constituted to probe the case, headed by DIG (West) Javed Odho. “We did not find him guilty him in the JIT,” he told The Express Tribune. “We still need to include two more suspects into the investigation,” he added. Hashmi is expected to hold a press conference today (Wednesday).