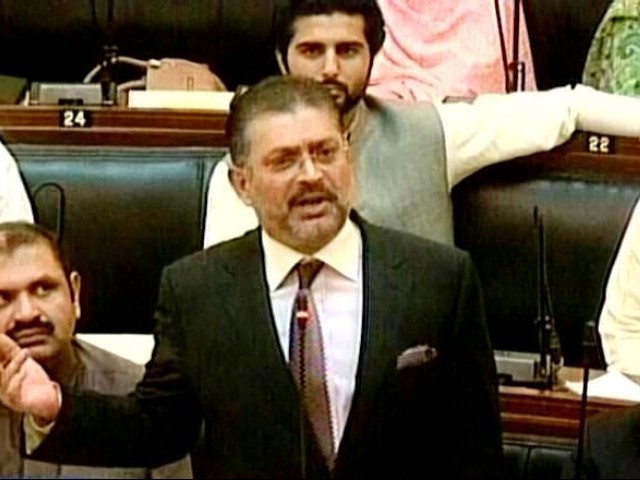 Sharjeel says that the law enforcement agencies have made important breakthroughs in the recent targeted operation. PHOTO: EXPRESS

Sindh Information Minister Shirjeel Inam Memon has said that Sindh chief minister will continue to head the targeted operation against terrorists. Sharjeel said that the dream of some people of getting governor rule imposed in Sindh would never come to fruition.

Speaking to the media persons after a meeting chaired by the President Pakistan Peoples Party Sindh and Sindh Chief Minister Syed Qaim Ali Shah at Chief Minister’s house, he clarified that there will be only one captain of the targeted activities and he will be the chief executive of Sindh.

Sharjeel said that the law enforcement agencies have made important breakthroughs in the recent targeted operation in Karachi. He added that some terrorists have gone underground to evade the targeted action.

Speaking over the resignation handed in by Governor Sindh Ishrat ul Ibad, the information minister said that he has no information about the return of the governor and any question about his return should be referred to him (the governor).