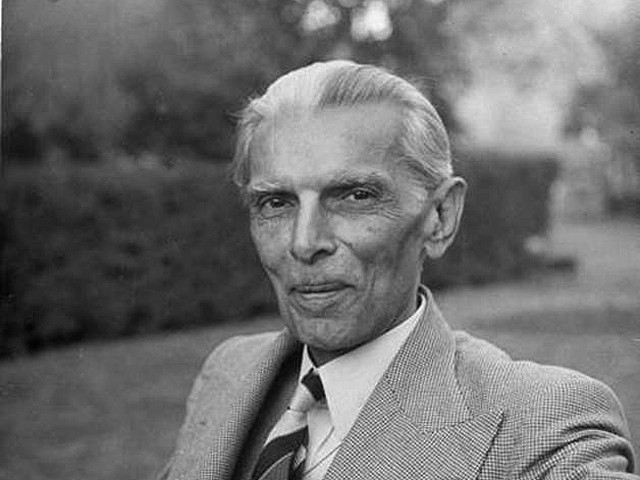 Pakistan Broadcasting Corporation (PBC) has a radio archive of 3.5 million minutes, it does not have even a few seconds of Jinnah’s historic address. PHOTO: EXPRESS/FILE

“If you will work in cooperation, forgetting the past, burying the hatchet, you are bound to succeed. We should begin to work in that spirit and in time all these angularities of the majority and minority communities […] the Pathans, Punjabis, Shias, Sunnis and […] the Brahmins, Vashnavas, Khatris, also Bengalis, Madrasis, will vanish.”

Jinnah’s timeless words hold true even today on his 65th death anniversary. His epic August 11, 1947 speech to the Constituent Assembly encapsulated his vision for the fledgling state. The speech is especially famous for its advocacy of religious freedom and equality for all. “…[Y]ou are free to go to temples, mosques or any place of worship.” The speech was the strongest espousal of a secular state by the country’s founder.

But this momentous piece of the Partition’s literature is still missing from the national archives.

Oddly enough, though Pakistan Broadcasting Corporation (PBC) has a radio archive of 3.5 million minutes, it does not have even a few seconds of Jinnah’s historic address.

Sometime in 2008 Murtaza Solangi, the then newly appointed PBC director-general, learnt about the missing speech. Then and there he decided to launch a mission to recover the lost speech.

His efforts finally bore fruit last week when audio recordings of Jinnah’s June 3 and August 14, 1947 speeches were handed over to Pakistan by India. But the former PBC chief points out the country already had those speeches.

Solangi grimly adds that there is a possibility that the missing speech was deliberately destroyed. “Perhaps this speech was available with the PBC earlier but was destroyed by the stooges of past generals.”

The speech promotes Jinnah’s secular vision and Liaquat Ali Khan (the country’s first prime Minister) did not knowingly publicise this speech as well, he adds.

Solangi is no longer with the PBC but he says he has not given up his quest. “In my individual capacity, I am still looking for the missing speech,” he says, sanguinely adding, “I am still hopeful.”

Quest for the lost speech

Solangi had taken over as PBC director-general on June 16, 2008. Shortly after, during a visit to the Central Production Unit (CPU) that stores all records, he was informed that Radio Pakistan did not have the August 11 speech.

“I did not get any answer as to why we had Jinnah’s June 3 and August 14 speeches, but not the August 11 one.”

Until 1948, he says, there was no radio station in Karachi. The first ever station was set up in Peshawar in 1936 and then in Lahore in 1937, but they were substandard with no recording facilities.

When Jinnah addressed the first Constituent Assembly of Pakistan on Monday, August 11, 1947, a team from Delhi came to record it. “I realised that I might find the recording in India,” he recalls. But due to soured relations in the wake of the Mumbai attacks, he could not take up the matter with New Delhi.

He then contacted the BBC but did not succeed. In November 2011, he visited Delhi to attend the annual Asia Pacific Broadcasting Union Conference, which provided him an opportunity to ask the head of All India Radio’s International Department.

“I was told that they had the speech but I had to formally write a request.”

Meanwhile, Solangi discussed the matter with Shahid Malik, Pakistan’s high commissioner in Delhi at the time. He also got another opportunity to further his mission when Meira Kumar, the Lok Sabha speaker, visited Pakistan in February 2012.

However, the All India Radio (AIR) DG told the Indian minister for information and indirectly conveyed to Pakistan’s high commissioner that the broadcasting station did not have the speech. Solangi never got a response to his letter.

But the AIR chief suggested that the Nehru Library might have the speech’s recording.

By that time, the Indian media had picked up the story. Right to Information activist Subhash Chandra Agrawal helped Pakistan and researchers in getting access to the recordings, Solangi said.

The archives are in a small stuffy room with no air conditioner, lined with cupboards crammed with tapes. “A majority of the recordings are bad in quality as there was nothing to protect the analogue tapes,” he explains.

“Today we have digitised every single word of Jinnah’s speeches that are available with us, plus 66,000 minutes of speeches by Zulfikar Ali Bhutto and Benazir Bhutto.”