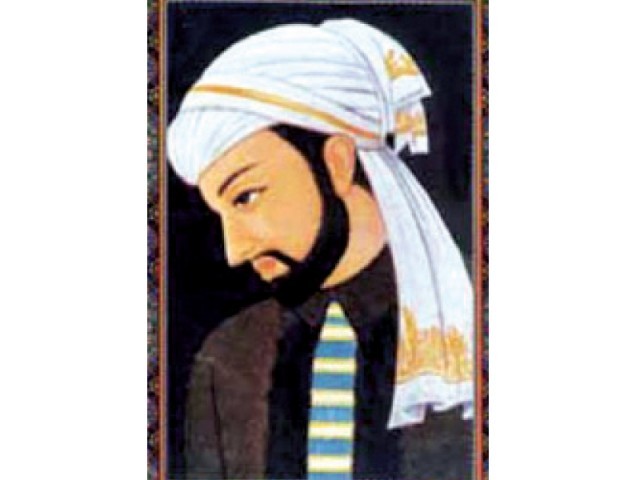 To commemorate Khusro's life and spiritual journey, a five-day festival titled “Jashan-e-Khusro” will begin at Kuch Khaas (KK) on Wednesday.

There is no denying the mystical genius of Amir Khusro Dehlavi. The disciple of Nizamuddin Aulia of the Sufi Chishti order introduced raag, the sitar and the tabla to the Indian Subcontinent. To commemorate his life and spiritual journey, a five-day festival titled “Jashan-e-Khusro” will begin at Kuch Khaas (KK) on Wednesday.

“Such celebrations are common in Delhi but over here it is a one-of-a-kind festival that aims to enlighten the younger generation on the various facets of the poet’s life and works,” said Institute for the Preservation of Arts and Culture (IPAC) Chief Executive Officer Umair Jaffar while speaking to The Express Tribune.

During the festival, the event Rang-e-Khusro, will feature a dholki group performing works of the mystic accompanied by the beat of a traditional dholak and guest participation.

Jamal-e-Khusro on the the second day revolves around the literary works by the philosopher, accompanied by live sitar and a classical performance by the students of the kathak dancer
Nighat Chaudhry whereas Taimur Rehman and Tajdar Zaidi will read out the sufi’s work.

Dastaan-e-Khusro on the fourth day will be divided into two events, starting with a childrens’ storytelling session on his life and works. It will be followed by another event, Zikar-e-Khusro which will include a lecture and reading by Nizami Bansari, performed by Taimoor K. Mumtaz and Hast-e-Neest.

Sadaa-e-Khusro will be the finale qawwali night in which Fareed Ayaz, Abu Muhammad and Qawwal Group will be seen performing. Both performers are direct descendents of Khusro’s students.