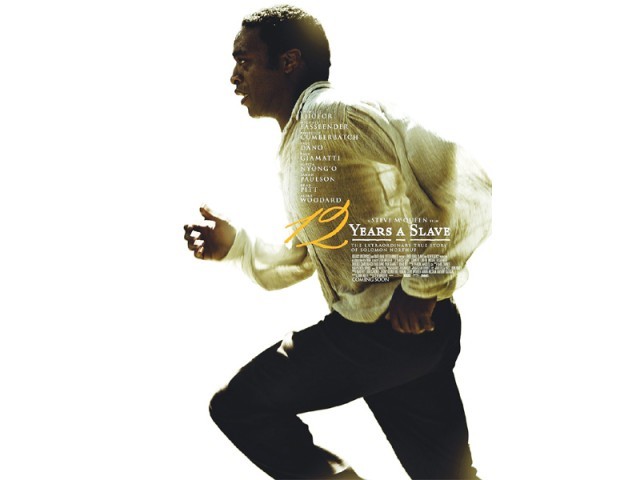 American film-makers have been criticised for not making enough movies on slavery. PHOTO: FILE

TORONTO: Set in the plantations of sweltering southern Louisiana and based on the 1853 memoir of a free black man sold into slavery, 12 Years a Slave is unmistakably an American story. And yet, much is being made of the provenance of a film that has won widespread acclaim from critics and audiences at festivals in Toronto and Telluride and been touted as a top early contender for Oscars.

Director Steve McQueen, whose idea it was, is British. “It’s strange that it took a Brit, Steve McQueen, to ask a question, ‘Why are there not more movies on American slavery?’ And he’s absolutely right,” Brad Pitt, a producer on the film who also has a role in it, said at its Toronto premiere on Friday.

After a surprise screening of the movie in the Colorado mountain town of Telluride in late August, trade publication Variety wrote a glowing review, but said it was a “disgrace that it takes a British director to stare the issue in its face.”

McQueen plays down the role his nationality might have, as does the actor who plays the lead role of Solomon Northup, Chiwetel Ejiofor, who is a Briton of Nigerian origin. Both have slavery in their family histories and believe in the global nature of the story.

“It was just one of those stories that I felt needed to be told,” McQueen said. “My ancestors were slaves, of course. I come from West Indies. I went through the whole Americas, South America, West Indies and I got the idea of North America and the idea of this free man.”

“The reason I got the idea of the free man is that you could identify with him,” said McQueen. “When he is captured and put into slavery, you go on this journey with him, you go through this assault course of slavery, you are with him.”

McQueen first won over critics with his two dramas Hunger and Shame. 12 Years a Slave opens in North American theatres on October 18.