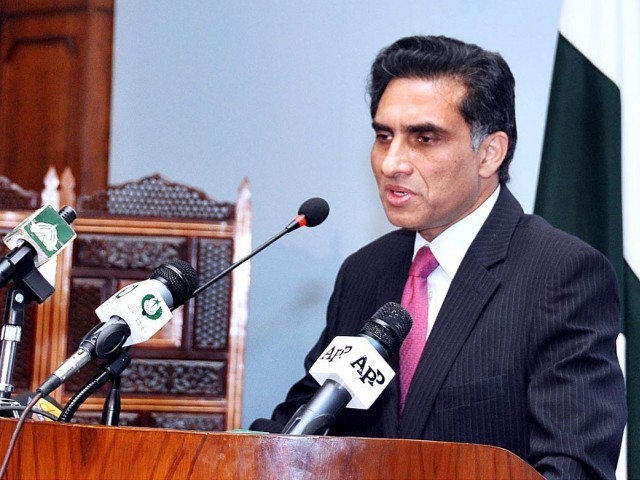 With the threat of possible military action looming large over Syria, Pakistan on Thursday urged western powers to avoid the use of force to settle the conflict in the volatile middle-eastern state.

Expressing deep concern over the ongoing violence in Syria at his weekly news briefing, Foreign Office spokesperson Aizaz Ahmed Chaudhry said the country’s sovereignty and territorial integrity must be respected.

“Pakistan has called on all sides to exercise restraint and engage in an inclusive political dialogue to facilitate a peaceful resolution of the conflict in Syria in keeping with the democratic aspirations of the Syrian people,” he said.

“Use of force must be avoided at all costs as the people of Syria have already suffered enormously.”

He urged all sides to pursue the policy of restraint and engage in comprehensive political dialogue.

Condemning the alleged use of chemical weapons in Syria, the spokesman said it was important to establish facts before any action was taken.

“In this context, Pakistan notes that a United Nations team is conducting an investigation,” he told reporters.

UN Secretary General Ban Ki-Moon on Thursday said the UN inspectors were expected to complete their investigations by Saturday.

The Syria has denied it is responsible for a suspected chemical attack near Damascus on August 21 which reportedly killed hundreds, and has instead accused rebel forces of carrying out the attack. Despite growing tensions, US President Barack Obama said this week he had not yet decided on a plan for retaliatory action against Syria.