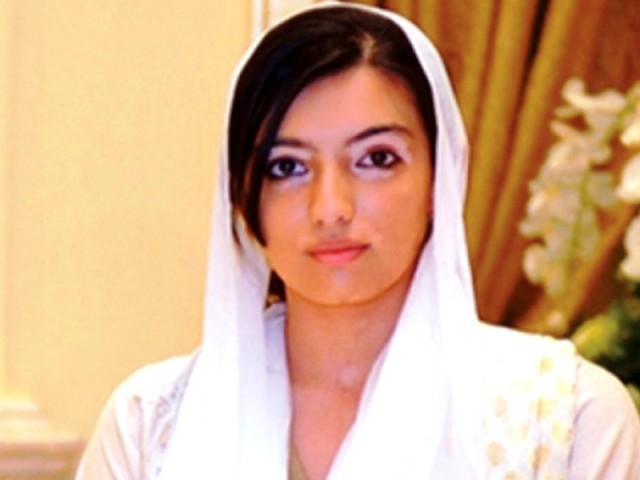 The daughter of President Asif Ali Zardari, Aseefa Bhutto Zardari, accompanied by her aunt and MNA Faryal Talpur and Sindh Chief Minister Syed Qaim Ali Shah, visited Nusrat Loop Bund to review the flood situation. She issued instructions to the officers of the irrigation department to control the situation.

She also visited the village women and children near the embankment. The women informed her of their plight on which Aseefa hugged them and asked them to be courageous.

Aseefa, Talpur and Shah visited the relief and medical camps of the district administration in the Shahani Patan area. They distributed mosquito nets, tents and ration for one month among 150 families.

They also visited Garhi Khuda Bakhsh Bhutto and paid tribute at the shrines of the Benazir Bhutto and Zulfikar Ali Bhutto and others.

Chief Minister Qaim Ali Shah said that the Sindh government has been handling the flood situation for three consecutive years. Earlier, the government paid Rs20,000 through Watan Cards to every affected family and it will again help them. They will be not left alone and helpless.