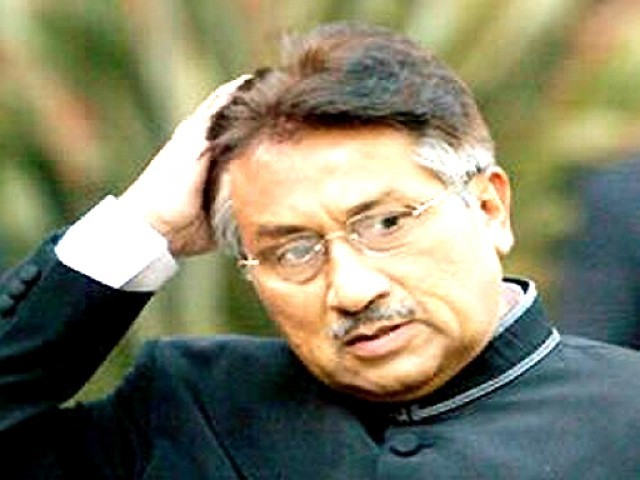 General Musharraf continues his attack on politicians after he launched his party, the APML.

Pervez Musharraf said that he did not want presence of Benazir Bhutto or Nawaz Sharif in the country at the time of elections. He said Chaudhry Shujaat Hussain had objected to Benazir Bhutto’s becoming prime minister for the third term. He said both brothers were on same page on scrapping of the cases against Benazir because no court verdicts were coming. (thenews.com.pk)

ISLAMABAD: Former prime minister Mir Zafarullah Khan Jamali on Wednesday claimed that former president Gen (r) Pervez Musharraf had pledged to the US to send a Pakistani military contingent for the Iraq attack. Talking to a private TV channel, Jamali added that he had brought the matter of “Dr Aafia Siddiqui’s abduction to the former president’s knowledge, but he had advised him to stay silent”. (dailytimes.com.pk)

Gilani asks NA to leave Musharraf ‘to himself’

After Chaudhry Nisar made a scathing criticism of Pervez Musharraf for his reported admission that Pakistan army had trained militants to fight in Indian-held Kashmir, the prime minister said: “I have told him (the opposition leader) privately, and say it again, that it will be better to leave him (Gen Musharraf) to himself.” Amir Wasim (dawn.com)

General Musharraf’s political antics in London since he announced his new political party were seen by most in Pakistan as amusing, if somewhat full of fanciful expectations. However, he has now crossed the red line by making a statement about Pakistan training Kashmir freedom fighters that is irresponsible and damaging to Pakistan. As someone who was not only COAS but also President, he was privy to many confidential pieces of information – which he was sworn to keep confidential even after leaving office. Instead, for his own bizarre reasons, he has now apparently gone public on a most sensitive issue and India has jumped at the opportunity offered. (nation.com.pk)

Musharraf has the right to enter politics: Zardari