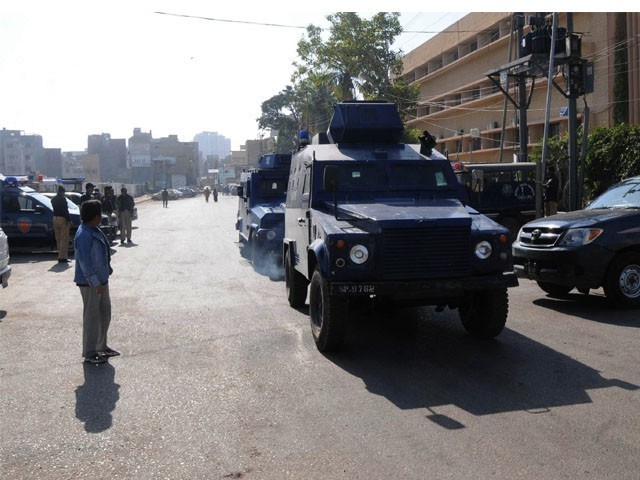 The bodies of three people kidnapped from Malir were found from different areas of the city. PHOTO:FILE

Two bodies were found in the Northern Bypass area within the Sarjani Police Station limits. SP  Chaudhry Asad said that the deceased were from the Turbat area of Balochistan.

A man identified as Faisal Qadri was killed as a result of firing on Martin Road. Police said the victim was affiliated with a religious party.

Two people were killed in Orangi town and unidentified men opened fire and killed a man in Gulshan-e-Bahar.

One body was found from Korangi and the bodies of three people kidnapped from Malir were found from different areas of the city.

A clash between two groups on Ghas Mandi spread tension in the area.