It was not clear what offenc­es the escape­es had commit­ted, althou­gh the prison is not high-securi­ty.
By AFP
Published: August 18, 2013
Tweet Email 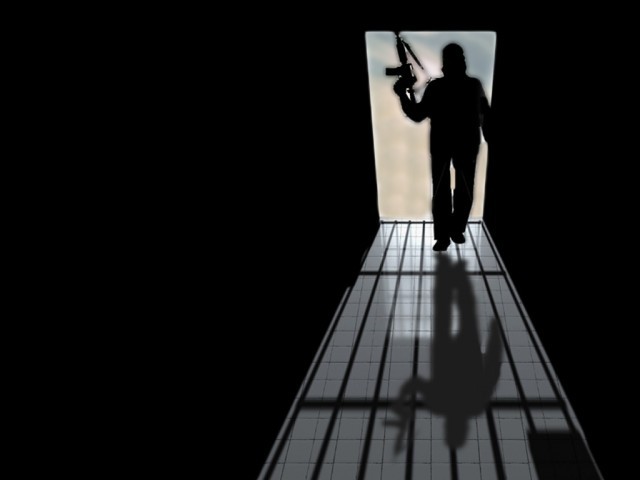 The officials, however, played down any possible links between al-Qaeda and the breakouts. DESIGN SUNARA NIZAMI

LABUHAN RUKU, INDONESIA: Up to 30 prisoners escaped from an overcrowded jail on Indonesia’s Sumatra island on Sunday after riots erupted, in the country’s third prison breakout in recent weeks.

“Several” prisoners were recaptured soon after they escaped, officials said, but the rest were on the run. It was not clear what offences the escapees had committed, although the prison is not high-security.

Police and soldiers were still battling to regain control of Labuhan Ruku prison after the inmates rampaged through the jail, attacking warders and starting fires.

Television pictures showed several parts of the building on fire and plumes of smoke hanging over it. Police and soldiers outside fired warning shots into the air.

“About 25 to 30 people took advantage of the situation and escaped, police managed to recapture several of them,” said Denny Indrayana, deputy justice and human rights minister.

He said there are sometimes security issues in prisons around Indonesian Independence Day, which fell on Saturday.

Thousands of prisoners across the country have their sentences reduced on Independence Day, but those who don’t get cuts can be angered.

“There is coordination between police and prisons to anticipate this but unfortunately, (the breakout) still happened and is now being handled,” said the minister.

Akbar Hari, prisons spokesperson at the justice ministry, told AFP “There was an attack by prisoners on prison staff at 5:00 pm (1000 GMT), after which they also set the registration room and security post on fire.”

“The police and military are there to handle the situation,” he said. “The prison is overcrowded, there are 867 prisoners there when the capacity is for 300.”

It followed two breakouts in July from Indonesia’s prisons, which are generally grim and overcrowded.

In the first, some 150 prisoners, including terror convicts, escaped from a jail in Medan, also on Sumatra, after inmates rampaged through the high-security building and set it alight in anger over power cuts and water shortages.

Just days later, 11 prisoners, all serving time for drug offences, escaped through a window after breaking into the warden’s office at the Baloi jail on Batam island, part of the Riau Islands south of Singapore.

Global police agency Interpol said it suspected al-Qaeda involvement in the previous jailbreaks in Indonesia, as well as in other countries including Pakistan and Libya, which occurred around the same time.

Interpol said the jailbreaks “led to the escape of hundreds of terrorists and other criminals” and issued a security alert, asking its members to probe whether the breakouts were linked to the terror network.

Indonesia has been battling militants for years but officials and analysts played down any possible links between al-Qaeda and those breakouts.