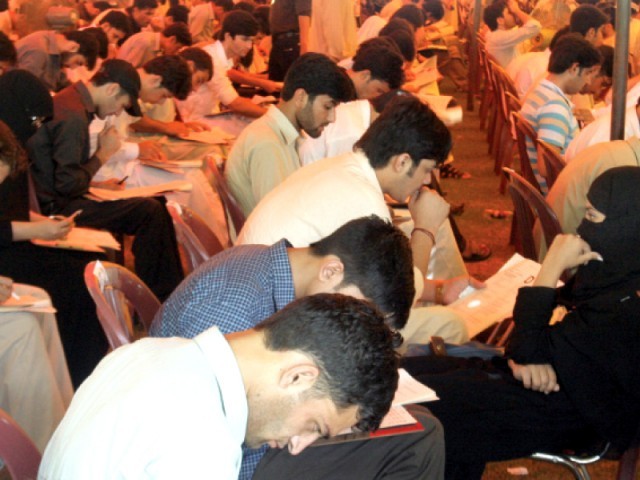 In a first, 15,000 candidates appeared at the University of Engineering and Technology (UET) Peshawar entrance test after registering online. Among the test takers were 552 women.

The Educational Testing and Evaluating Agency (ETEA) conducted the test in Peshawar, Abbottabad and Swat on Sunday.

The UET entrance test was conducted amidst strict security in Peshawar. Walk-through gates were installed at all entry points and all candidates were thoroughly checked at both test venues in the city – Islamia College University and Khyber Medical College sports ground.

During the examination, two candidates were caught red-handed while cheating and the invigilators cancelled their papers on the spot. Another candidate had to leave the test halfway after suffering from low blood pressure.

UET Media Director Shumaila Farooq said the tests were held without a glitch and concerned officials of Higher Education Department (HED), UET and University of Peshawar were present to monitor the situation.

Farooq said, “The results will be announced on August 20 which will also be available on ETEA’s website and successful students will be called later for interviews.”