Just as the film was submit­ted to the censor board, cricke­ter Shahid Afridi raised concer­ns over vulgar­ity in conten­t.
By Rafay Mahmood
Published: August 15, 2013
Tweet Email 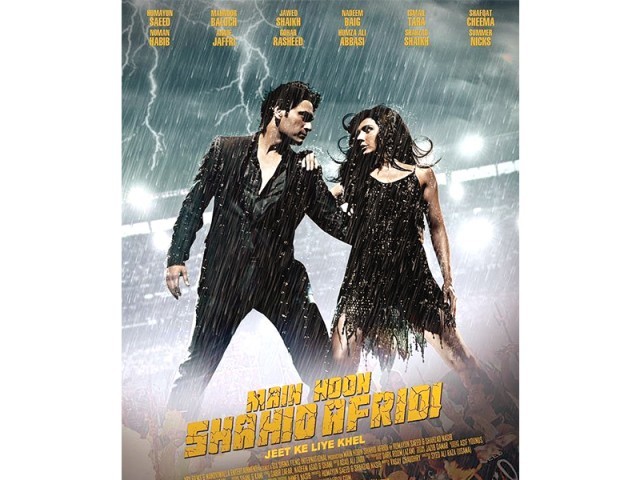 Just as the film is submitted to the censor board, cricketer Shahid Afridi has raised concerns over vulgarity in content. PHOTO: FILE

The film Main Hoon Shahid Afridi has already played a typical Afridi innings, in that it is unpredictable yet keeping you on the edge of your seats.

After being delayed by two weeks due to some eleventh hour post-production issues, the film might undergo some possible editing since Shahid Afridi himself has raised concerns over the content of the film. The cricketer told AFP on Wednesday that he did not want to be seen endorsing content he considers “obscene” as it will affect his image and misguide fans.

“When Humayun approached me initially, I had given him full support because film is a powerful medium and our youth is very misguided these days,” Afridi tells The Express Tribune. “Every now and then you see kids roaming around with toy guns, which have also become their favourite Eid gift, and that is quite sad.” To counter the growing negativity in our country, the 33-year-old all-rounder wanted this film to act as a means to divert the attention of the youth from crime-driven environment. All was going according to plan until he saw the promos of the film, which he feels contain some “vulgar” clips.

“I only have a problem with the item number featured in the film because that is something which is going to make the families sitting in the cinema halls very uncomfortable,” says Afridi. Saeed has apparently briefed the cricketer that the item number is an attempt to depict how clubs and parties in foreign countries are an imminent part of cricket culture and also safe houses for corruption and black mailing in the world of cricket.

“Humayun has really worked hard on this one and his reasons for the party sequence might be right but I am sure that there are better and more socially acceptable ways of achieving it. We spoke to each other like brothers so there is no point of making a legal issue out of this and the most I could do is request him to edit the song. The rest is up to him,” asserts Afridi.

On the other hand, MHSA has been entered for a censor review. While producer Humayun Saeed is excited over the response from the censor board, he is equally concerned about Afridi’s sentiments. “My intent behind making this film is to give a tribute to Shahid Afridi — the biggest superstar in the country,” says Saeed. “I completely respect the legend’s sentiments and if he remains adamant over his concerns then we’ll fulfill his needs.”

Nevertheless, Saeed had a few clarifications to make regarding intimate scenes in the film. “I have promoted the film in such a way that the songs are gaining more popularity than the content and that was only to make the content of the film come as a surprise,” claims Saeed. He said that songs like Malal, in which he is seen getting cozy with actor Mahnoor Baloch, is more of an emotional song then a “sexy” song. Similarly, he feels the party scene is necessary to create the suspense of a murder taking place.

“The entire storyline of the film is about cricket and focuses primarily on the players and the national thrill for the game. When Shahid Bhai will see the whole package he’ll be a happier man and will love it,” says Saeed.

If the item number is edited out of the film then there is a major chance that the project might face a loss at the box office and hence, to avoid this from happening someone will have to brief Afridi in detail. Whichever side the ball spins, one thing is for sure that the producers of the film are going to use this last-minute googly to their advantage.