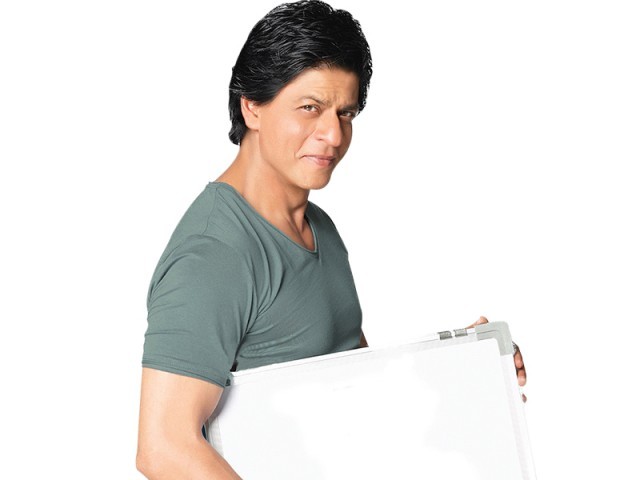 NEW DEHLI: He has been active in Hindi films for over two decades, has featured in more than 80 films and won the tag of a superstar, but 47-year-old actor Shahrukh Khan has yet to find a suitable role in the international film arena.

Not interested in taking up a stereotypical role created for Asians in Hollywood, Shahrukh feels that it’s quite difficult to bag roles which aren’t specific to his skin colour, the way he speaks or the way he acts.

“I think the kind of role I would want to do in a Hollywood film is one that makes India proud. To get a role that is not specific to my colour, or the way I speak, look or act or my age, is very difficult,” SRK told IANS.

“I mean, you can’t go to a big film-making world and say, ‘Write a role for a 47-year-old actor who is brown, has hair like this, acts this way and dances a bit.’ The role should be something that Indians are proud of. It’s too specific for me to have a USP.”

Shahrukh relishes and cherishes all the love and attention showered on him on the home turf and is set to woo his fans with Chennai Express. He is currently looking forward to the release of the film in India this Friday — his first film with a director who is the new master of comedies, Rohit Shetty.

“Rohit is fantastically organised. The best part about him is that he has a group of 200 trained people working under him. Rohit knows what he wants. He always delivers the best,” said Shahrukh.

Did you know? Pattinson, Stewart finally getting back together?