A case has been regist­ered agains­t the patwar­i.
By Our Correspondent
Published: July 6, 2013
Tweet Email 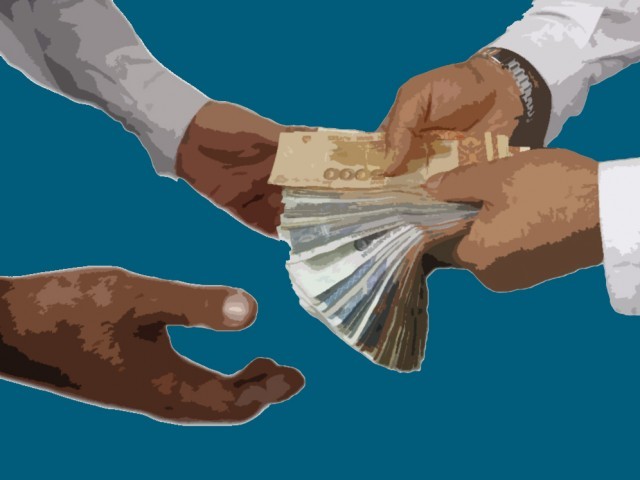 Chaudhry Muhammad Mamoon Anwar after paying the bribe had lodged a complaint against Murtaza with ACE. PHOTO: FILE

A team of the Anti-Corruption Establishment (ACE) on Friday arrested a patwari (revenue officer) of Ratta Amral for allegedly taking bribe from a citizen.

The patwari, who was identified as Chaudhry Ghulam Murtaza, was arrested red-handed by a team of the ACE headed by Inspector Riaz, following a tip-off that he had taken Rs100,000 bribe, while in office, from a citizen to provide him Fard — a document showing details of ownership about a piece of land.

Chaudhry Muhammad Mamoon Anwar after paying the bribe had lodged a complaint against Murtaza with ACE. The ACE team promptly raided the office of the revenue official and recovered the amount.

A case had been registered against him and further investigation is underway.