The film is a sequen­ce to US TV series of the same name.
By Reuters
Published: July 4, 2013
Tweet Email 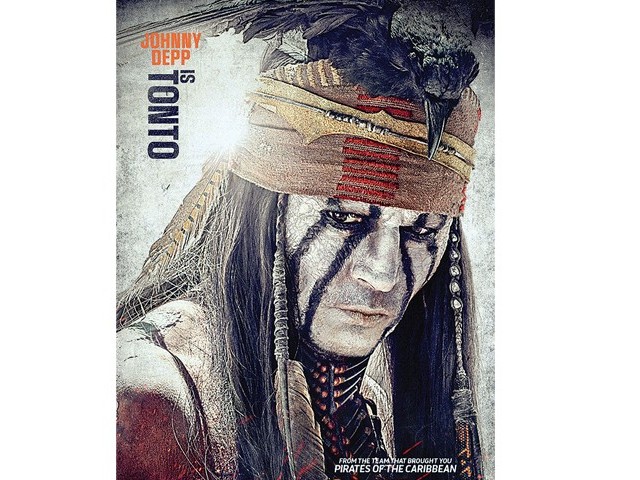 No one embraced the Tonto-centric viewpoint more than Depp, who was told from an early age that he was part Native American. PHOTO: FILE

LOS ANGELES: When the western television series The Lone Ranger first rode into US homes in 1949, the masked man was the dashing, charming hero and the Native American Tonto his loyal sidekick. When the movie opens in US theaters on Wednesday, it will be Tonto who takes centre stage. Played by Johnny Depp with the same offbeat charm as his Captain Jack Sparrow in the Pirates of the Caribbean franchise, Tonto is the brains of the operation.

In an opening sequence — a breakneck fight scene on a runaway train — Tonto directs an escape from outlaws while a mask-less Lone Ranger, played by Armie Hammer, is the naive one, unsure at the outset that he was even in danger.

“It’s a story we’ve all heard, but we’ve never heard it from the guy who was there,” the film’s director Gore Verbinski, 49, told Reuters. For the new incarnation, Verbinski wanted to update the story by making Tonto more relevant than just a sidekick. Once the idea was hatched to make him the narrator, “it opened a lot of doors” in terms of storytelling, he said.

Through Tonto’s eyes, audiences get an origin tale of how former lawman John Reid, the Lone Ranger, came to fight injustice in the Old West. “This is not history told from your radio station, your movie studio or your network,” Verbinski said. “It’s told from Tonto and his memory  — and his memory may be questionable.”

To make Tonto’s point of view authentic, a Native American consultant was used on the set, Verbinski said, adding that they also spoke with various tribes to get certain details correct.

No one embraced the Tonto-centric viewpoint more than Depp, who was told from an early age that he was part Native American. Since production on the Disney film has wrapped, the actor has gone on to strengthen his ties to the community. Last year, Depp was named honorary member of the Comanche Nation in Albuquerque, New Mexico, and he also served as grand marshal at the Comanche Nation Fair in Oklahoma.