The words describing ‘rape’: Blaming the victim, shielding the rapist

The words describing ‘rape’: Blaming the victim, shielding the rapist

As a societ­y, we should reflec­t on how outrag­eously absurd our attitu­des about rape are.
By Fouzia Saeed
Published: July 4, 2013
Tweet Email 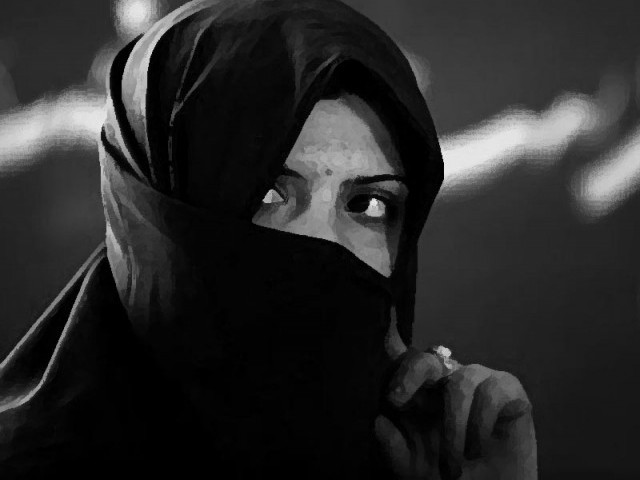 As a society, we should reflect on how outrageously absurd our attitudes about rape are. PHOTO: FILE

Pakistani society is still a bit confused about who ought to be punished for a crime of rape. Although everyone agrees that the culprit should be punished, in reality quite the contrary happens. Unknowingly, our society punishes the victim and not the rapist.

Like murder, theft and mugging, rape is a crime done by a criminal, but society is quick to stamp the victim as having lost her and her family’s honour. Why does the rapist not lose his honour for committing such a crime?

What do you call a rapist in Urdu?

While we do have names for other perpetrators of crimes like qaatil, chor or daku; we don’t have a definite word in Urdu for a rapist. We do not even have a proper word for the act of rape. We use words like izzat lut gai (lost her honour) and Daaghi ho gai (stained) or more lyrical phrases like kati patang (torn kite) and sheeshe me baal aa gaya (a stained glass). All these phrases refer to the woman who was raped, showing how we are conditioned to reinforce the patriarchal cruelty of blaming the victim whilst shielding the rapist from any responsibility for the crime. More recent terms like zina bil jabar (adultery by force) do not aptly describe the crime.

By using such language we become a party to this crime. Without thinking, we place a heavy stigma on the victim so that no respectable man will want this damaged merchandise.  Our society has to understand that it is the social stigma that keeps the victim from speaking out and, thus, responsible for most rapists going scot-free. In most of the reported rape cases, the victim and her family have been harassed and intimidated to the extent that they have had to leave their neighbourhood or village. In many of these cases where a rape becomes public knowledge, children are told not to play with the children of that family, resulting in a social boycott of the victim.

She must’ve done something…

The belief that the woman must have provoked the crime is deeply ingrained in our culture. We immediately ask: Why did she wear fashionable clothes? Why was she out at that time? Why was she alone? Why did she not scream loud enough? We can quickly conjure up twenty reasons how SHE could have prevented the crime if she really wanted to.

We stereotype the woman who gets raped as young and provocative and the venue of the crime as dark alleys where no sensible women would venture alone, the reality is that victims range from the age of 2 to 70 years old and the venues of the crime range from universities, offices, markets and, most tragic of all, their own homes.

Rape on the silver screen

Just looking at our films and plays, it is clear that our script writers do not know how to handle this ‘dishonoured’ woman. They either have her jump out of a window or become an accidental victim of a stray bullet just to get her quickly out of the story because no other character can possibly interact with her normally. But if they have to take her character forward, perhaps because she is a star, they make sure it was only an attempted rape and the hero saved her in the nick of time. Thus, it is rare to see any female character continuing in a play or movie after she has been raped.

The news for the conscious mind of our society is that there IS life after rape. Almost 30% of women in Pakistan go through a rape or attempted rape at least once in their lives. They do survive. The pain stays, but they go on with their lives. Social boycott of a rapist might not be a bad idea for a change. Let there be a clear statement that it is time for us to say ‘enough’!

Rotting in jail: A boundary crossed, a lifetime altered