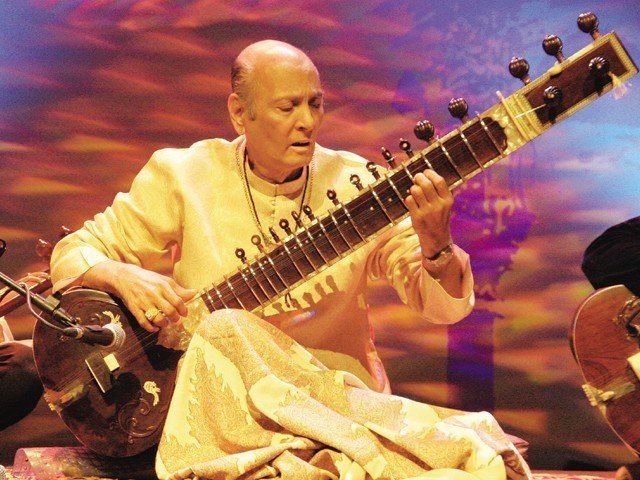 For the past few years, the Tehzeeb Foundation has taken up the mission of preserving classical music, an entity that is slowly turning to dust due to changes in consumer behaviour and technological advancements.

In 2011 and 2012, the foundation celebrated a sitar festival followed by a sarangi festival featuring instrumentalists and musicians from all around the world. This year, they are not focusing on a single instrument but are trying to bring forward less popular sounds and maestros from this region.

“This time, the stress is on folk music — the beautiful folk melodies from Balochistan,” says Sharif Awan, the general secretary of Tehzeeb Foundation. “We will be featuring artists from Lyari to Pasni and Gwadar. This is our way of sensitising the world’s consciousness for Balochistan. Adversity has created so many geniuses that we can’t even believe it.”

The festival that kicks off on June 27 at Marriott Hotel in Karachi will be spread over two days, inclusive of literary readings, poetry recitals, art exhibitions and music recitals.

The Tehzeeb Awards ceremony will take place on the opening day. Literary awards have been titled Syed Abul Khair Kashfi Award for Urdu Language and Literature and Shabnam Shakeel Award for Urdu Poetry. This year’s recipients include personalities like Dr Aslam Farrukhi, Raza Ali Abidi, Dr Pirzada Qasim Raza Siddiqui and Akbar Masoom. Tehzeeb Awards for fine arts will be given to Anwar Maqsood and Naiza Khan. Tehzeeb Awards for music will be given to Ustad Naseeruddin Saami, Ustad Altaf Hussain Tafoo Khan and Mumtaz Sabzal.

“The last 15 years have been less hostile and more appreciative of music and culture,” says Awan. “What was started by the Tehzeeb Foundation has turned into more of a cultural movement — which is why we were able to gather so many artists.”

Awan believes that it is maestros like Tafoo and many more, who have immense contribution towards our cultural history, but have not been duly recognised by the state or the fraternity.

“Tafoo has played music for more than 65 Pakistani films and has never received the pride of performance award” says Awan. “He can play the tabla, harmonium, drum and what not and we have even requested him to play a medley of his hits songs from Lollywood — which he is reluctant to do, but maybe we can convince him.”

With the unrest in the city, such events are welcomed, but they put the lives of artists and organisers at risk. However, Awan believes that music becomes more necessary in such times of aggression.

“Music is a superior art form with superior goals,” says Awan. “It should lead to a more harmonious and peaceful environment — a society with fewer complexes.”

While there are three major theatre plays on stage in Karachi, the Tehzeeb festival could be another feather in the hat of the city that often bleeds, but never dies. The event, which is not open to public, will take place between June 27 and 28. The event seems promising, and could also be a potential recruiting ground for ventures like Coke Studio.