No other region in world today is as volati­le, unstab­le as South Asia with its longst­anding India-Pakist­an confli­ct.
By Shamshad Ahmad
Published: June 21, 2013
Tweet Email 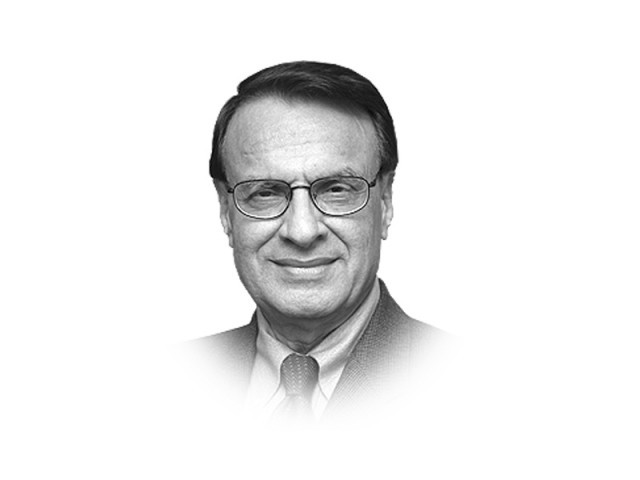 An interesting tweet last week from a friend in Kathmandu said: “Monsoon has arrived in Dhaka, Kathmandu, Delhi and Lahore. Monsoonal unity of South Asia is impressive (and) needs to transfer to geopolitics.” Romanticism and geopolitics is indeed a curious juxtaposition calling for dispassionate introspection. Apparently, my friend was carried away by a reference to India as “the South Asian country” in a Huffington Post article of 15 June 2013, providing an interesting window into the germinating regionalism in South Asia.

A pull-quote from the article on UK’s Prince William’s ‘Indian’ ancestry revealed the royal’s connection to the South Asian country stemming from “Williams’ great-great-great-great-great grandmother Eliza Kewark, who worked as a housekeeper in India”. But with a little closer look into history’s rear-view mirror, the author of the Huffington Post article would have discovered even more historic and perhaps, much deeper South Asian connections with English royalty. A famous British queen in the late 19th century and an equally famous but more popular queen-in-waiting in the late 20th century both chose their ‘secret’ last love from South Asia.

No wonder, my friend sitting in Kathmandu, with Himalayan overview of monsoonal rainbows, could not have come out with a more romantic theme for resuscitation of the lost South Asian charm. He believes that once we get past the hurdle of rolling South Asia around on our tongues and brains, a lot of things will fall into place, including “retroactive regionalism” — according to which Babar, Sher Shah Suri, Chandragupta Maurya, Asoka would all be ‘historically Indians’ but present-day ‘South Asians’. In that sense, perhaps, Gandhi and Jinnah, the revered fathers of their respective nation states, too, would be more South Asian rather than Indian or Pakistani. Both lived only for a few months as citizens of their newly-independent states.

It has been over six and a half decades since India the nation state was established as a truncated version of historical ‘India’. Locating India within a larger whole becomes easier when we bear in mind that India the nation-state cannot all by itself carry the legacy and meaning of ‘Jambudvipa’ or ‘Indic civilisation’. In fact, Pakistan as the physical inheritor of the real Indus River Civilisation is more “Indic” than India which today culturally represents a hybrid of Hindu, Muslim, Sikh and Christian influences. For the sake of the people of India, as well as of South Asia, whose future is defined to such a large extent by India, my friend in Kathmandu, a committed bearer of South Asia’s ragtag flag, has reason to ask: “Are we sure about India as it is constructed or isn’t it time to consider reformatting?”

Civilisational heritage aside, one can understand why my friend is agonising over this enigmatic region’s unpalatable geopolitics. Home to one-fifth of humanity, South Asia offers so much to the world; yet, it is held back by conflict, poverty and underdevelopment. Despite the monsoonal commonality, it remains one of the poorest regions of the world with a vast majority of its peoples still living in grinding poverty and sub-human conditions. Five of the eight Saarc members — Afghanistan, Bangladesh, Bhutan, the Maldives and Nepal — belong to UN’s category of Least Developed Countries or LDCs. South Asia’s total external trade is only a small fraction of the region’s GDP, while its intra-regional trade is also non-consequential.

Ironically, all Saarc countries except Afghanistan share borders with India as the largest state of the region but do not share a border with each other. This unique geographic feature seriously limits the scope of regional cooperation. It makes transit trade difficult because there remains no room for bypassing Indian borders, granting India a veritable control over intra- and sub-regional trade. Further, the geographic centrality of India in the South Asian region has given rise to a host of border conflicts and water disputes in the region all of which involve India, be it India-Pakistan, India-Bangladesh or even with others.

The complex security challenges confronted by South Asia have assumed an ominous dimension with India and Pakistan, two nuclear capable states, always remaining in a confrontational mode. No other region in the world today is as volatile and unstable as South Asia with its longstanding India-Pakistan hostility and conflict, and its crucial role in the post-9/11 scenario. While an India-Pakistan thaw is nowhere in sight, their region is already in turmoil with a vast array of problems ranging from interstate and civil conflicts to unresolved disputes, human tragedies, humanitarian catastrophes, religion-based extremism, terrorism and poverty-driven violence.

The complexity of these issues is rooted in South Asia’s turbulent political history, its geo-strategic importance, its untapped economic potential and the gravity of its problems impacting the overall global security environment. Conflict, however, is the last thing the region needs. Given the unique political history of South Asia and the particular social and cultural proclivities of its inhabitants, this region needs stable peace, not confrontation. It needs a co-operative approach towards the resolution of contentious issues through dialogue and not the perpetuation of hegemonic ambitions, which generates disputes.

This approach requires responsibility, restraint and stabilisation, and indeed, a sense of “regional belongingness” that my friend in Kathmandu espouses so passionately. But he knows that since 1947, India because of its sheer size and centrality, has stood more or less alone as a ‘regional’ power, without having to be identified in tandem with the rest of the countries in the region. On a global scale, other countries in the region, notably Bangladesh and Pakistan are not that small. They rank eighth and sixth largest in a world of 193 countries. So, it makes sense to locate India only as one of the eight countries in the southern quadrant to Asia, relative size alone need not make it an exclusive entity or a champion of hegemonic doctrines.

Let us hope this year’s monsoon in South Asia does not unleash yet another round of killer floods, and instead, brings a fresh regional impulse, giving this troubled region an enabling environment for peaceful settlement of its intra-regional disputes. It is time South Asia, so rich in history and culture, now rediscovered its lost charm and indivisible identity. To do so, it must be freed of its legacy of conflict and confrontation. An effort could also be made to build on its common civilisational assets, historic experiences, cultural affluence and mutuality of values and interests. As a geopolitical entity, South Asia must become a factor of peace and stability, both regionally and globally.