Yet to come of age: SAARC needs to redefine its goals, urge opinion makers

Yet to come of age: SAARC needs to redefine its goals, urge opinion makers 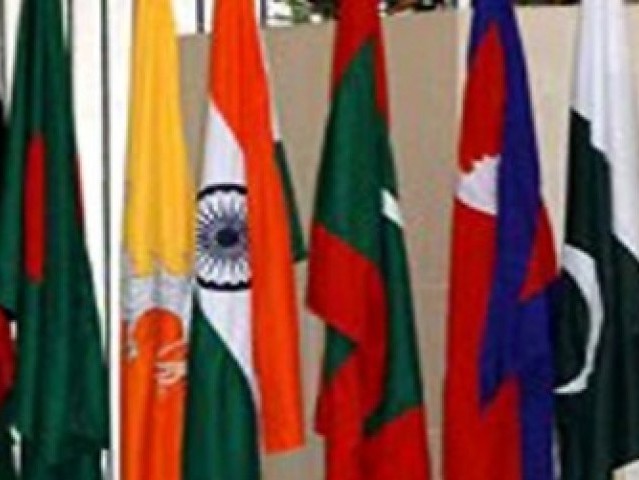 ISLAMABAD: With the South Asian Association for Regional Cooperation (SAARC) nearing its 30-year anniversary, leading military, political and media figures in member countries urged the need to redefine the structural and operational goals of the regional body.

They pointed out that priority must be given to ensure that SAARC states have the regional perspective clearly drawn, goals and priorities pragmatically defined and wherewithal appropriately geared towards the realisation of declared objectives.

“SAARC faults can be repaired through rewriting of its Charter, redefining of its goals and objectives, re-ordering of its priorities and action plans, reinforcing of the organisation’s operational capacity and streamlining of its functional methodology,” said retired Pakistani diplomat Shamshad Ahmed Khan.

With will and commitment from member-countries being the achilles heel for SAARC, Khan said that the fault lines will not be smoothened unless the member-states rise above narrow national interests and instead assume joint ownership of their regional efforts for mutual benefit.

For Sri Lankan war commander General (retd) Srilal Weerasooriya, who served his country fighting the LTTE, peace may hinge on a vibrant SAARC. “If Pakistan, Afghanistan and India want to establish peace in South Asia, then they will have to make the SAARC—a vibrant association.”

General Weerasooriya, who has also served as Ambassador to Pakistan, Tajikistan and Kyrgyzstan, urged Russia and China to play their due role in peace building process in South Asian region. “As usual trade will not work,” he said increased engagement between all SAARC member-states with a new result-oriented normative framework and operational culture consistent with our regional ground realities is needed to infuse new life within the organisation.

Two countries who used SAARC to further their bi-lateral ties have been India and Pakistan. The SAARC conference has been used to foster bilateral meetings between the two estranged neighbours on neutral platforms. “In their last meeting on the sidelines of the SAARC Summit in Maldives, Prime Ministers of both India and Pakistan agreed that the process of trade normalisation between the two countries to make the association more vibrant in the South Asia,” a joint statement had read.

Indeed, trade is one way to burgeon closer ties and solve problems in each other’s country to further strengthen the association. “SAARC nations need more interaction. To fight poverty, securing energy needs, cooperation is essential amongst nations of one of the most troubled, poorest regions in the works,” observed NDTV senior foreign affairs correspondent Anchal Vohra.

But for BBC Urdu editor Haroon Rashid the success of trade in strengthening SAARC hinges greatly on whether Pakistan and India can normalise their bi-lateral relations.

“Being the big two [India and Pakistan], they will have to show leadership. They can’t keep smaller states hostage to their difficult relations. They need to first sort out their own relations, others will benefit automatically.”

What has gone wrong with SAARC?

Former Foreign Secretary Shamshad Ahmed Khan said that SAARC, despite its almost negligible output and a yawning gap between its promise and performance, still has a long way to go before it comes of age.

“SAARC has often been described as a ‘talk-shop,’” he observed, where every SAARC summit meeting ends with a new “vision” for the region’s “progress and prosperity.

Khan said that we first and foremost need “an enabling environment” without which no regional cooperation can move ahead.