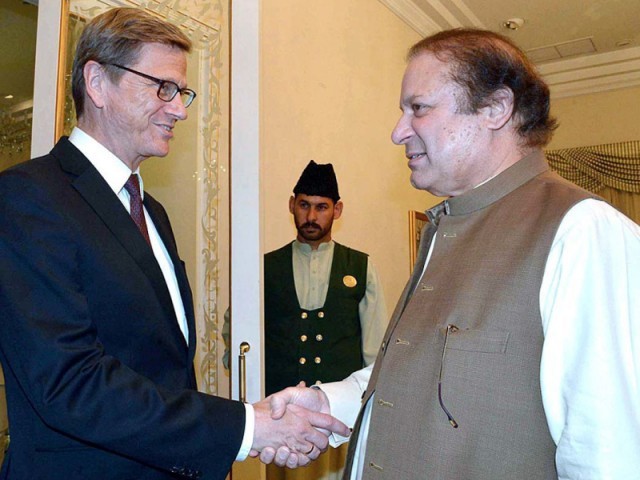 Considerable pragmatism has entered into the PML-N’s policy stance since winning the election. PHOTO: APP

For those who thought that there would be monumental shifts in Pakistan’s foreign policy with the advent of a new government in Islamabad, it is time to settle for realism. Prime Minister Nawaz Sharif’s latest message to the heads of Pakistani missions abroad restate what has been stated time and again. His government wants to pursue “economic diplomacy” and favours a “peaceful neighbourhood”. As Prime Minister Sharif prepares to battle with the energy crisis, his government’s foreign policy guidelines make an overt reference to this issue and direct the heads of missions abroad to suggest bilateral and multilateral partners with tangible project proposals in the traditional and renewable energy sectors. This is easier said than done, especially given the security climate. But Prime Minister Sharif’s pro-business reputation may salvage the otherwise intractable situation and we may witness some success on this front.

The issue of domestic security is directly linked to our foreign policy. As the guidelines rightly identify, unless the region is peaceful, Pakistan’s efforts for growth and development will not bear fruit. This is where the issue of Afghanistan and how Pakistan will act in the run-up to the Nato withdrawal becomes critical. The guidelines reaffirm the need for developing a regional consensus on supporting a stable government in Afghanistan and Pakistan’s official policy of backing “an Afghan-led, Afghan-owned process of peace and reconciliation”.

Considerable pragmatism has entered into the PML-N’s policy stance since winning the election. The guidelines call for progressive pursuit of normalcy in bilateral relations with India and seeking solutions to all outstanding issues, including Jammu and Kashmir. A good part of the guidelines seems to be the emphasis on “close cooperative relations” with Saudi Arabia, Turkey and Iran. Thankfully, the issue of terrorism has also featured in these guidelines where the new premier has mentioned developing a comprehensive strategy and a national consensus on the threat of terrorism. Finally, in terms of Pakistan-US relations, there is a clear case of continuity, on working on areas of divergence and consolidating where both countries converge. With respect to the foreign policy, we should not expect radical changes anytime soon.