Says it is diffic­ult to garner public suppor­t while drone attack­s go on.
By Kamran Yousaf
Published: May 31, 2013
Tweet Email 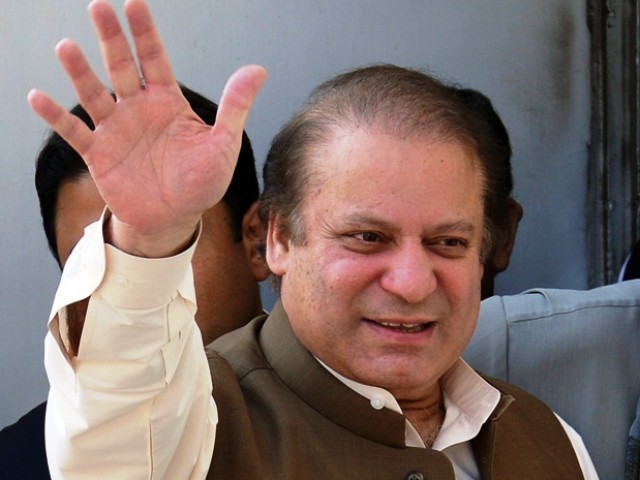 Prime minister in-waiting Nawaz Sharif has said that a solution to the controversial drone campaign in the tribal areas must be sought to win Pakistan’s support in the Afghan exit strategy, in a meeting with the new US special representative for Pakistan and Afghanistan James Dobbins on Thursday.

The PML-N president said that a cessation of drone attacks was crucial for such diplomatic and strategic cooperation, sources told The Express Tribune.

Dobbins is the first senior high-ranking American official to visit Pakistan following the May 11 elections that won the PML-N a majority in the National Assembly.

During his election campaign, Nawaz had voiced concerns over the CIA-led drone campaign and said he would raise the issue with the Obama administration.

On Thursday, Nawaz was able to directly convey his disquiet to a senior US official over the strikes for the first time.

The meeting came just a day after a US drone strike killed TTP second in command Waliur Rehman in the North Waziristan Agency (NWA). The attack was the first since the May 11 elections followed soon after the new policy guidelines approved by US President Barrack Obama promising stricter targeting guidelines for the use of drones.

Sources say Nawaz Sharif informed Dobbins that Pakistan would facilitate US-led foreign forces to withdraw from neighboring Afghanistan. But he cautioned that the policy of carrying out unilateral strikes in the tribal areas could make it difficult for his government to win necessary support for the Afghan endgame.

Nawaz also said Pakistan would support an ‘Afghan-led and Afghan-owned’ peace process. “We have no favourites in Afghanistan and our policy will be to allow Afghans to decide their future themselves,” a party official quoted the PML-N leader as telling the US envoy.

Moreover, Dobbins spoke to President Asif Ali Zardari via telephone, according to a statement by the US Embassy.

According to a statement by the foreign ministry, Dobbins congratulated the people of Pakistan on the historic May 11 elections and underscored the United States’ commitment to working with the next democratically-elected government to build a strong, mutually beneficial, bilateral relationship.

During his engagements, Dobbins and his interlocutors discussed a range of bilateral and regional issues, including advancing shared counterterrorism objectives; increasing economic opportunities; strengthening civilian democracy and civil society; and supporting an Afghan-owned and Afghan-led reconciliation process.

In a separate statement issued by the foreign ministry he said during the talks discussion on bilateral relations and regional situation including latest developments in Afghanistan took place.

The foreign secretary also briefed the new US envoy about the steps taken by Pakistan for peace and reconciliation in Afghanistan and reiterated Pakistan’s commitment to remain positively engaged in supporting the peace process.