They say Karach­i, being a mega city, presen­ts a comple­x mix of challe­nges.
By Our Correspondent
Published: June 8, 2013
Tweet Email 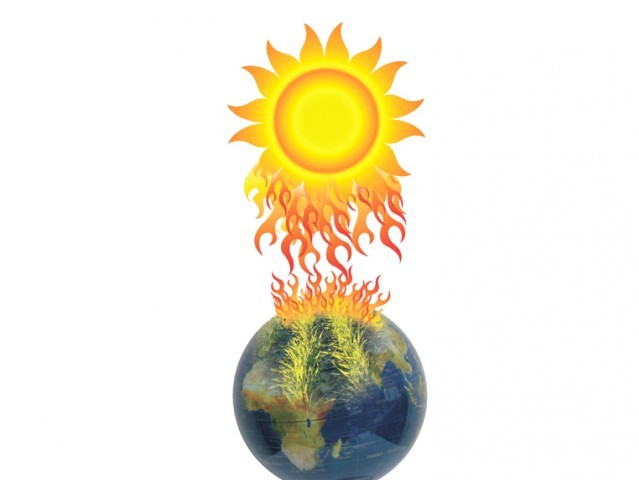 KARACHI: Environmental experts said at a workshop on Friday that laws regarding climate change are needed urgently to prevent Pakistan’s megacities from hazards.

Shehri – Citizens for a Better Environment, in collaboration with the Germany based Friedrich Naumann Foundation organised a workshop on capacity building in the light of climate change. The event’s purpose was to encourage civil society to play its role in curbing climate change and stress that the government must now take steps for the future. The workshop concluded with an interactive session in which students from different universities acknowledged the role of civil society in mitigating the effects of climate change. They also discussed how a shift in life styles could prevent hazards or at least help deal with the difficulties climate change brings about.

The participants of the workshop also passed a resolution: they want all stakeholders to develop strategies and collaborate with one another to make Karachi a city resilient to climate change.

While speaking at the event, urban planner and environmental management consultant, Farhan Anwar, said that “the rising temperature and disappearance of species such as green parrots and some types of trees are also impacting climate change”.

The possible impacts of climate change are the urban island effect, increase in the use of water, a boost in the demand for energy as people start relying more on air conditioning, heat-related illnesses and death.”

He said the sea level along Pakistan’s coast has been rising at approximately 1.3 milimetres per year. This can cause floods, drought and unusual bouts of heat waves, he added. “Climate change can also cause social unrest and migration as well as direct damage to property and infrastructure”, said Anwar, adding that Karachi’s topography as well as that of the adjoining coastal areas do not offer any natural resistance to large tidal waves.

Amber Alibhai from Shehri also said that Karachi, a mega city, presents the most complex mix of challenges in the face of the dangers of climate change. She urged the private sector to lend a hand in building resilience in light of climate change.

Shahzeb Khan: Using legalities to delay the course of trial