A letter to the Supreme Court...

A letter to the Supreme Court...

Senato­r Raza Rabban­i addres­ses a letter to the court statin­g that he was not issued a summon­s to appear in the court.
Published: September 29, 2010
Tweet Email 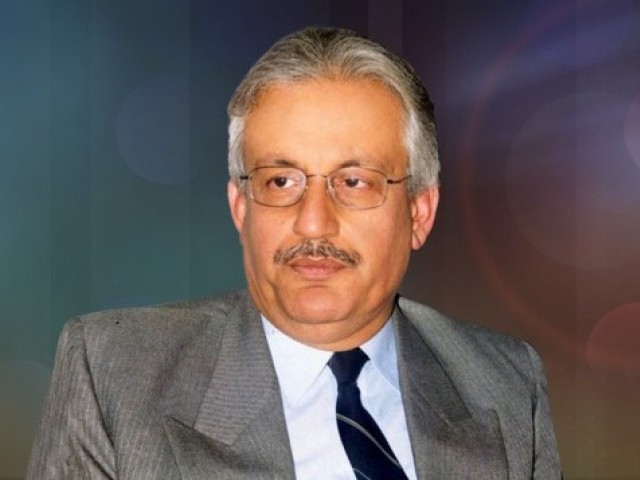 Most members of the PCCR felt that the committee chairman should not attend court proceedings.

ISLAMABAD: The Parliamentary Committee on Constitutional Reforms (PCCR) Chairman, Senator Raza Rabbani, did not appear in the court for the 18th Amendment hearing, despite Apex Court orders, on Wednesday.

Rabbani a letter to the court stating that he was not issued a summons, and also saying that he respected the Apex Court.

During the hearing, the Chief Justice remarked that Raza Rabbani had been summoned as party to the case in 3 petitions.

The Supreme Court adjourned the hearing of several identical petitions challenging the controversial clauses of the 18th amendment till tomorrow.

The 17 member bench headed by the Chief Justice, Iftikhar Mohammad Chaudhry, will resume the hearing into the review petition on October 13.

The Supreme Court also ordered NAB authorities to present a list of NRO beneficiaries in the court. The Chief Justice said that all beneficiaries will have to undergo their sentences as they were not declared null and void under the National Reconciliation Ordinance.

The court then approved the adjournment application, saying the government should use the time to make progress on the Swiss cases.

Senator Rabbani not to appear before the SC

The Parliamentary Committee on Constitutional Reforms (PCCR) on Monday decided not to send its chairman to the Supreme Court to defend the 18th amendment, questioning the judiciary’s right to overrule a decision taken by parliament or summon any of its members.

This decision came on the heels of the prime minister’s remarks over the weekend that the courts cannot strike down what the parliament had approved.

Senator Raza Rabbani, the chairman of the PCCR, decided last week that he would appear before the Supreme Court to defend the amendment.

But he changed his mind on Tuesday, perhaps following dramatic changes on the country’s political horizon in the past 48 hours.

The Supreme Court is currently hearing several challenges to the 18th constitutional amendment that the PCCR had drafted and the parliament approved.

The most ‘controversial’ of its clauses is a provision that envisages parliamentary scrutiny of the judges’ appointment to higher courts through a commission.

The majority of the PCCR members suggested that the chairman should not attend court proceedings and inform the attorney general of the decision in a letter. Ishaq Dar, Ahsan Iqbal, Shahid Bugti, Rahmatullah Kakar, Afrasiab Khattak, Haji Adeel, Wasim Sajjad among others attended the PPCR meeting.

In its Friday meeting, the committee cautioned the Supreme Court against undermining parliament’s supremacy by challenging its decisions.

Members from all political parties observed that the higher judiciary must not “introduce a new tradition of scrapping parliament’s verdicts”.

Remarks by MPs came amid divided opinion in the country on whether the Supreme Court’s powers are restricted to the interpretation of the constitution or go beyond that. “Parliament is a sovereign institution. It has the right to amend the constitution and laws the way it wants … no other organ of the state can overrule its decisions,” a participant quoted members as saying.