Taliba­n say they have never attack­ed those who are "are truly servin­g the people."
By Reuters
Published: May 31, 2013
Tweet Email 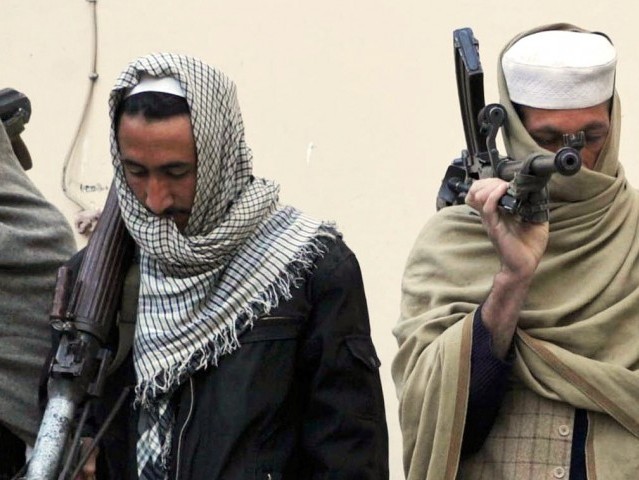 "Islamic Emirate has never targeted civilians and those who, with the exception of espionage, are truly serving the people." Taliban spokesperson said. PHOTO: AFP / FILE

KABUL: The Afghan Taliban on Friday denied attacking the International Committee of the Red Cross in Jalalabad this week, saying the group never targets those who “truly serve” the people.

“The Islamic Emirate has never targeted civilians and those who, with the exception of espionage, are truly serving the people. We have never attacked them,” Taliban spokesperson Qari Yousuf Ahmadi said in a statement on Friday.

The ICRC said on Friday it has suspended activities in Jalalabad because of the attack, during which Afghan police killed the attackers and rescued seven foreign staff members from the building, one of whom was slightly wounded.

The attack was the first of its kind on the ICRC in Afghanistan since it started operations in the country in 1987, and sent shockwaves through the international aid community in the country.

It came less than a week after another humanitarian group, the International Organisation for Migration, was attacked by insurgents in Kabul, killing at least three civilians and wounding four foreign aid workers.

Concerns are mounting over how the 352,000-strong Afghan security forces will cope with an intensifying insurgency once most foreign troops leave by the end of next year.

The ICRC’s $90 million-a-year operations in Afghanistan are the group’s biggest in the world. Some 1,800 ICRC staff work on projects ranging from providing orthopaedic limbs to the war wounded to visiting militants in Afghan jails.

Virtually all ICRC activities in neighbouring Pakistan, where a hospital in Peshawar regularly tended to wounded insurgents, were frozen last year after a British staff doctor was beheaded in Quetta in an attack blamed on the Taliban.

An ICRC water engineer, Ricardo Munguia, was shot dead in Afghanistan in 2003.

Philippe Stoll, ICRC spokesperson in Geneva, said on Friday the Jalalabad office would remain closed until “we have a thorough analysis and understanding of what has happened and who was behind it. We want to speak with everyone and we want to have (security) guarantees.”

Its aid workers throughout the country have been told not to travel in Afghanistan, but their work is continuing while it reviews security.

Germany not aware of US drone strikes conducted from its bases