They refuse to stop sellin­g gas to vehicl­es with 1000cc or more horsep­ower.
By Our Correspondent
Published: May 23, 2013
Tweet Email 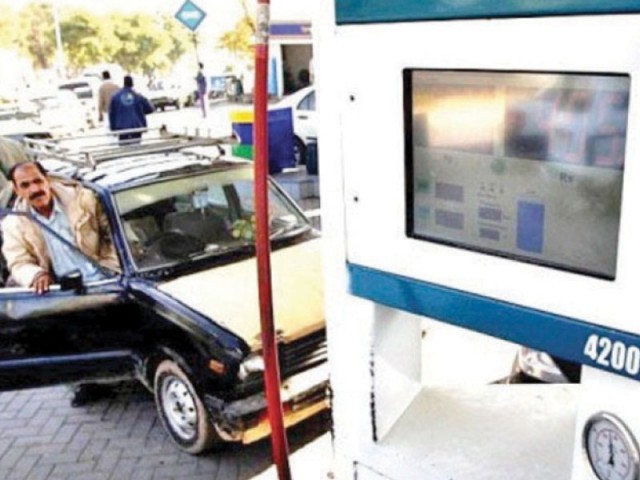 HYDERABAD: The Sindh CNG Association refused to comply with the government’s directives to stop selling CNG to vehicles with engines of 1000cc or more horsepower.

“The caretaker prime minister does not have the mandate to take such a big policy decision,” said the association’s chairperson, Dr Zulfiqar Yousfani, at a press conference on Wednesday. “It seems to be the continuation of the policies of Dr Asim Hussain, the former federal minister for natural resources, and we will defy it at all costs.”

The association is already upset about the two-day weekly closure of the gas supply to the CNG stations. According to the association, Sindh’s contribution to the total gas production in the country is about 70 per cent but the province gets only 30 percent of the gas it produces.

Yousfani claimed CNG stations formed nearly six per cent of Sui Southern Gas Company’s (SSGC) consumers adding that in Punjab, seven per cent of the gas produced was consumed by CNG stations. “Why does the government only propose a cut in the gas supply to the CNG sector and not to other sectors?” asked Yousfani. “SSGC admits that there are 17 per cent leakages in the system, which if plugged, will help overcome the crisis.”

He asserted that if the new government enforced a rational policy about the allocation of gas to the various sectors, the problem of gas shortage would be resolved. The association blamed Dr Asim Hussain for engineering the gas shortage to allow Liquified Natural Gas to be imported. There are about 600 CNG stations in Sindh. The office bearers of the association claimed that around two million vehicles would be deprived of the fuel if the new ban was enforced.

The terror continues: Five killed in separate acts of violence