Caught in the crossfire: Violence in Lyari claims three lives

Caught in the crossfire: Violence in Lyari claims three lives 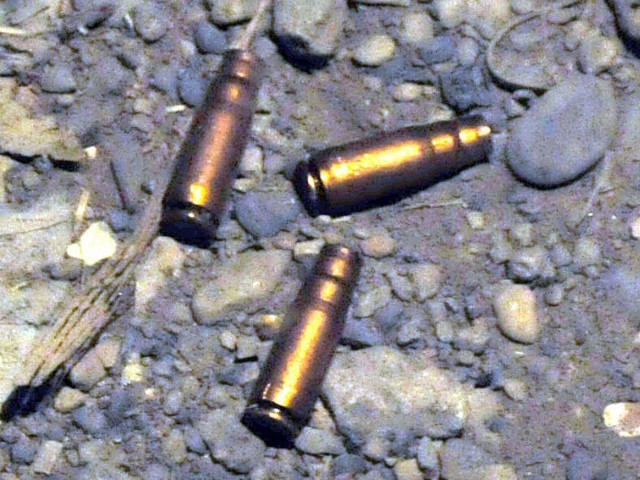 A 12-year-old girl was among the three people gunned down when firing started in Lyari on Saturday evening. Five people were also injured.

The incident took place in Kutchi community’s  area, Hungorabad, where unidentified armed riders opened fire at the people sitting at a teashop. As a result, two men belonging to KRC, Haji Salman Baloch and Daud Kutchi, and a passerby girl, Afshan, were killed while five people, including Ghulam Mustafa, Iqbal Kutchi and Abdul Qadir, were wounded. The bodies and injured were shifted to the Civil hospital and Abbasi Shaheed Hospital for autopsy and treatment.

Following the incident, routine and commercial activities in Hungorabad and surrounding areas were suspended while extra contingent of law enforcers arrived at the scene. Intense firing was also reported in the area.

A large number of people under the banner of KRC gathered on the main Maripur road and staged a protest against the incident.

They burnt tyres on the road and blocked the flow of traffic. Protesters also shouted slogans against the incident and blamed the Lyari gangsters for the incident, demanding their immediate arrest.

KRC leaders said that the gangsters attacked the Kutchi community people as they did not support their nominated candidates in the general elections, adding that they feared of more attacks by gangsters.  SHO Haji Sanaullah while talking to The Express Tribune said that initial investigation suggested that the Lyari gangsters were behind the incident but the motive could not be ascertained. No case was registered till the filing of this report.