Tele-talk: Emmy-winning comedy The Office comes to an end

Tele-talk: Emmy-winning comedy The Office comes to an end 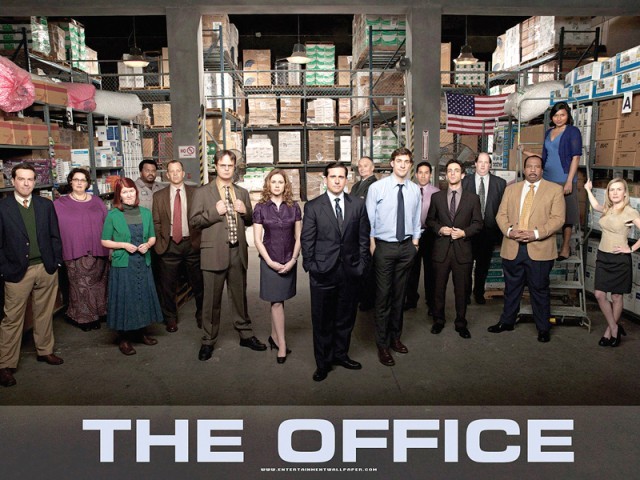 Steve Carell, who played the bumbling office manager Michael Scott in the show, was a surprise guest at the cast party. PHOTO: FILE

Tens of thousands of people, including some of the stars of The Office, gave a rousing send-off to the television comedy show that ends this month in the city where it was set and whose image it changed forever.

When the Emmy-winning comedy started nearly a decade ago, the northeastern Pennsylvania city of Scranton was best known for its former mainstay industry of coal mining, but not anymore.

“The outward perception of the town is that we’re a hard-scrabble coal town, but nobody here identifies with that,” said Michele Dempsey, an architect and one of the organisers of The Office Wrap Party in the city of 76,000.

“That time is gone. The Office has put Scranton on the map. It’s helped make us cool.”

More than a dozen members of the show’s cast and crew took part in Saturday’s event, which included a four-block parade through town where smiling, screaming fans mobbed cast members.

Actor Steve Carell, who played the bumbling office manager Michael Scott in the show, was a surprise guest at the cast party at a baseball stadium just outside of the city.

“Thank you, Scranton,” Carell told the crowd. “This all is because of you.”

The party marked the first time the cast had been together since the show wrapped production in March. The final episode is scheduled to air on NBC on May 16.

At the city’s courthouse square about 10,000 people greeted guests and stars of the show including John Krasinski and Jenna Fischer. Cast members performed in an impromptu concert on the grandstand with Rainn Wilson singing We Are the Champions, Fischer, Kate Flannery and Ellie Kemper belting out Girls Just Wanna Have Fun and Oscar Nunez and Brian Baumgartner performing Roxanne.

“I’ve never seen anything like this,” Kemper said after the parade. “I’m still soaking it in. It’s like The Rolling Stones came here or something. I told someone it looked like the parade scene in Ferris Bueller’s Day Off.”

Saturday’s party marked the unofficial end of the city’s love affair with The Office.

Did you know: Keira Knightley is now married!