We must demand Chaudh­ry Zulfiq­ar Ali’s death be invest­igated fully.
By Editorial
Published: May 3, 2013
Tweet Email 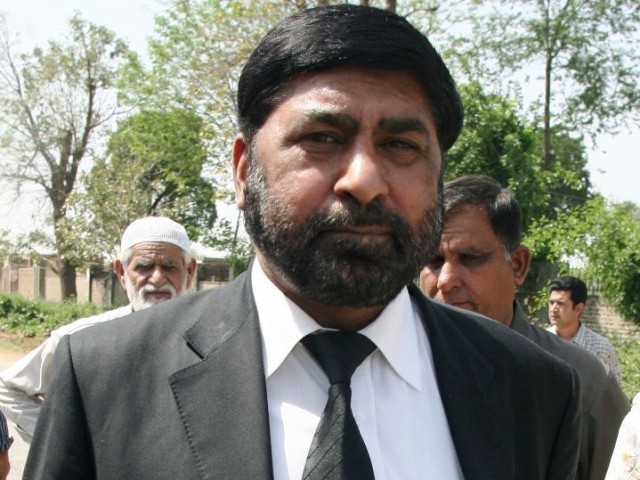 We are accustomed to unfortunate events marring our history, blocking justice and leaving a myriad of mysteries drifting through the past. These date back to the 1951 assassination of Liaquat Ali Khan. Each time, conspiracies, conjecture and apparent cover-ups are spoken of — and we appear to be witnessing precisely the same series of events once more. In Islamabad on May 3, two unknown assailants on a motorcycle pumped some 10 bullets into the chest and shoulder of Federal Investigation Agency’s Special Public Prosecutor Chaudhry Zulfiqar Ali as he left his home. Zulfiqar died at the hospital. He had been due to appear the same day before an Anti-Terrorism Court hearing the Benazir Bhutto assassination case — and his obviously intricately planned shooting is, of course, being linked to this. Zulfiqar was also the prosecutor in the 2008 Mumbai bombings case and held a reputation as a competent officer. This may, of course, explain why he was gunned down.

Benazir Bhutto was killed in December 2007 in what ranks as possibly the most significant killing in our recent political history. More than five years on, it remains unsolved. The murder of Zulfiqar Ali decreases the possibility we will ever know the truth and this is extremely unfortunate. Other key persons in the case, including Benazir’s security officer, have died before this latest incident. Indeed, the whole affair is beginning to, rather eerily, resemble the case involving the gunning down in Karachi in 1996 of Benazir’s younger brother Mir Murtaza Bhutto. This, too, was followed by the killing of key witnesses and investigators.

We must demand Chaudhry Zulfiqar Ali’s death be investigated fully. The trail leading back from it must be followed. No more curtains must be drawn to hide what really happened. Such acts only make matters worse, adding to uncertainty and the uncomfortable feeling that we live in a realm of darkness where much is kept hidden from the eyes of the citizens and the most drastic acts are carried out by unknown persons to prevent the truth from breaking through from behind this shield. Chaudhry Zulfiqar seems to have become the latest victim of these forces.