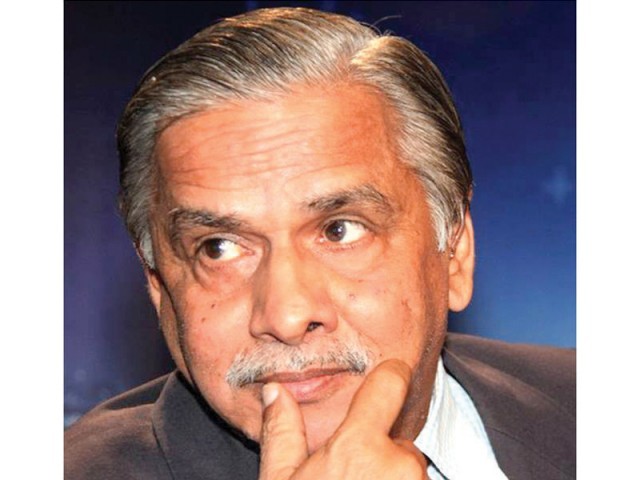 KARACHI: With the elections just over a week away, social media is abuzz with rhetoric about a new Pakistan. But experts say unless there is a large voter turnout which will affect the dominance of some political parties, the country is likely to see more of the same after May 11.

During a seminar organised on Thursday by Karachi University’s political science department, academic experts and journalists agreed the status quo is likely to remain during next five years. Journalist Mujahid Barelvi predicted that Pakistan Muslim League – Nawaz will be able to form the government in Punjab, the coalition of Pakistan Peoples Party and Muttahida Qaumi Movement will remain in Sindh and political mishmash will again emerge in Balochistan. He added that Pakistan Tehreek-e-Insaf will perform well only in Khyber Pakhtunkhwa.

“The elections, however, have their own dynamics. The silent majority can topple the giants – only if people have the will to make their voice heard,” said Barelvi. Fellow journalist Agha Masood Hussain agreed with this analysis. The much sought-after change could materialise if the voter turnout is twice the number in 2008, he said. Hussain, however, declared the possibility very unlikely.

Dr SM Taha, a professor of public policy, and his colleague Muhammad Moiz Khan, presented a critical assessment of electoral process and recently conducted surveys. The very formation of the election commission was challenged in the Supreme Court but the petition remained unheard and has left serious reservations, said Dr Taha. “Silence of political parties and the judicial hush-up on the issue has put a big question mark on the neutrality of the Election Commission of Pakistan (ECP).”

While pointing out pre-poll mismanagement, Dr Taha said ECP did not use one common yardstick during the candidates’ scrutiny. This became evident when a candidate was allowed to contest from one constituency but barred from doing so in another. “The standards of questions were pathetically low and exposed the prudence of the returning officers. They altogether ignored or were not equipped with information to apply Article 63 on loan defaulters and tax evaders.”

He also highlighted the inconsistencies and lack of coordination between the ECP, State Bank of Pakistan, Federal Board of Revenue and National Accountability Bureau. “The ECP did not focus on the question of ‘who’ were the persons responsible for providing information from these institutions,” said Dr Taha. “It was important to look into the appointment credentials of all those who prepared the list of loan defaulters and tax evaders and who provided them the clean chit afterwards.”

Such inconsistencies also arose in the verification of politicians’ degrees, said Dr Taha. While the Higher Education Commission (HEC) was responsible for the verification process, later it was either the returning officers or the tribunals that gave the HEC-declared fake degree holders a go-ahead to contest the election.

The apex court’s decision in the Asghar Khan case established clear indication about which politicians accepted money in the run-up to the 1990 elections. The high court, however, allowed all of them to contest the elections because they were not convicted at the time.

Dr Taha said the ground realities of electoral process in Pakistan were ignored in most election surveys. “Pakistani voters are divided on numerous fault-lines, such as ethnicity and sect. This prevents them from voting on performance and manifestos.”

He added that surveys attempting to predict the results were more accurate in two-party systems where voters are clearly divided. In a politically diverse country with a multiparty system, sample-based popularity graphs aren’t accurate. They also ignore a number of factors. Earlier in his welcome address, Prof. Dr Ahmed Qadri, chairperson of the political science department, said that only unfortunate nations disregard the role of the youth in the electoral process.

With Pir Mangho watching over, NA-243 prays for peaceful elections