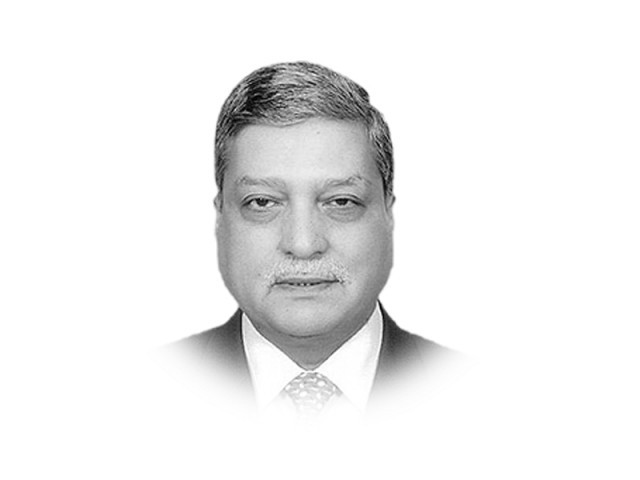 The last four decades have seen a steady erosion of state authority in Sindh. Politically-motivated violence in 1965 germinated the quadrangular ethnic conflict. The language riots of 1972, patronage of sectarian and ethnic groups, and politics of agitation and violence in the 1980s and early 1990s not only sharpened the ethnic divide but also sprouted sectarianism and militancy.

The continuous weakening of the state machinery ultimately led to the emergence of various power centres, which are engaged in a constant struggle to make the state machinery irrelevant, eliminate all irritants, penetrate government structures through the appointment of loyalists, take control of educational institutions and autonomous bodies and dominate the media. To sustain themselves financially, they introduced parallel taxation (bhatta). Consequently, Sindh saw the rise of dacoits’ sanctuaries in rural and “no-go” areas in Karachi. In the process, the criminal justice system crumbled.

Successive governments attempted to re-establish the state’s authority through a series of operations since 1988. Nevertheless, each operation was followed by an appeasement policy, case withdrawals, release of prisoners on parole and targeted killing of personnel of law-enforcement agencies who participated in these operations. This demoralised the law enforcers and allowed time and space to these militants to reassemble and reorganise.

Operation Security Dragnet in November 1998 was the first serious attempt to resurrect the crumbling structure of the criminal justice system. The framework was based on: 1) decriminalisation of politics, depoliticisation of criminals, no siege and search operation, revamping technical and human intelligence and apprehending of criminals, proclaimed offenders and absconders without distinction; 2) establishing a joint intelligence coordination committee; 3) screening apprehended criminals at three levels to ensure that no innocent person is prosecuted; 4) establishing a centralised prosecution cell where the capital police officer (CPO) supported by a team of lawyers, combines the tasks of collecting evidence and preparing challans; 5) hiring private prosecution lawyers to lead the trial in courts; 6) establishing three levels of monitoring to oversee progress, which includes the CPO, the home department and a high-powered committee consisting of a Supreme Court judge, a high court judge, chief secretary, home secretary and the IG; and 7) constituting a dedicated bench in the Sindh High Court to hear appeals. Karachi was encircled by three security rings to lay the security dragnet: outermost, inner and innermost. The city was further divided into 17 sectors with police and Rangers pickets at pre-identified checkpoints supplemented by police and Rangers patrols. Efforts were made to develop a witness protection programme.

Today, the situation in Sindh is more complex than it was in 1998. Dealing with this situation requires a package deal that includes the resurrection of the criminal justice system, strengthening of the judiciary, prosecution of criminals, deweaponisation, elimination of bhatta, reorganisation of the Sindh Public Service Commission, screening of all appointees appointed since 2000, harmonisation of the land control system, restructuring police and revenue administration, reorganisation of katchi abadies, decentralisation of the city administration and establishment of strong local governments. This package will require a platform comprising the senior administrative leadership for effective coordination among the judiciary, civil administration and law enforcement. Otherwise, Sindh will continue to simmer in the ongoing ruckus.

Call for a ‘Thinking Pakistan’