Dr Naz claims that money and goods worth Rs400,000 were stolen.
By Our Correspondent
Published: April 28, 2013
Tweet Email 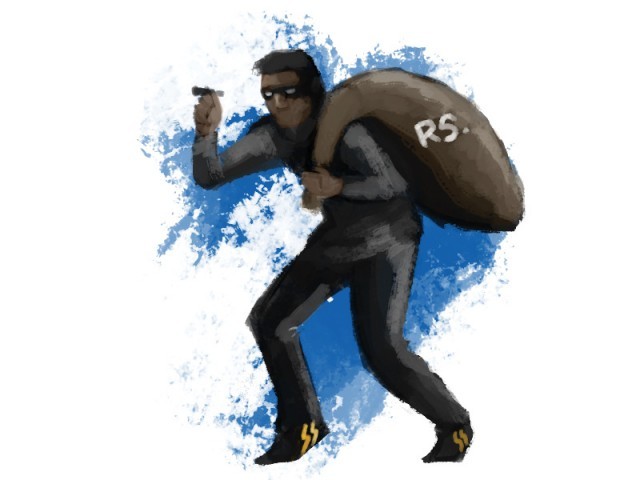 The house of Dr Nargis Naz, who is contesting the elections for PS 44, Matiari, was reportedly robbed and set on fire by unidentified men on Saturday.

“I was sleeping on the roof with my three children when someone stole money and goods worth Rs400,000 from the house and set it on fire,” she said, adding that she woke up by the smell of smoke which enveloped the house. The house, which is located in Odero Lal town, Matiari, has four rooms, one of which was destroyed completely in the incident, and a veranda. Another room was partially damaged. “The remaining two rooms are used as a clinic,” she added.

She recalled receiving calls threats from unknown mobile numbers asking her to withdraw from the elections. Dr Naz had requested Muttahida Qaumi Movement to give her the ticket for PS44 but the party gave it to Ehsan Ali Abro.

She is now contesting the elections as an independent candidate and will be up against Pakistan Peoples Party’s Makhdoom Khaliquz Zaman and Pakistan Muslim League-Functional’s Muhammad Ali Shah Jamote.

“The police will trace the people threatening Dr Naz,” said SHO Abdul Haq Lashari, adding that they would also inquire about the robbery. No FIR was registered till the filing of this report.