Power crisis: Load-shedding hours to be cut in Punjab

Power crisis: Load-shedding hours to be cut in Punjab 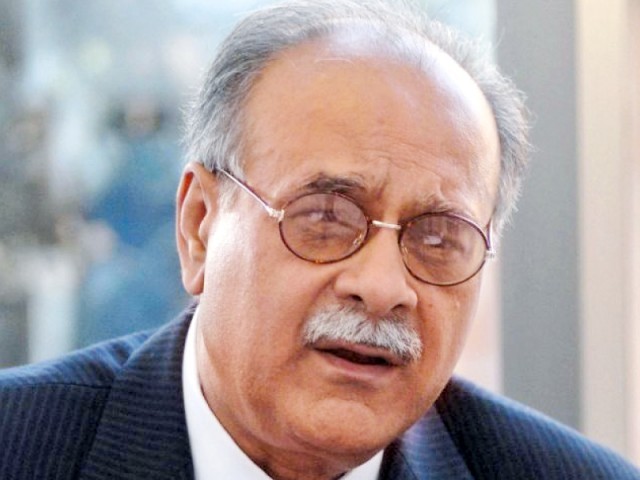 Four-hour reduction in next four days, followed by another two in May: Sethi.

Load-shedding in Punjab would be reduced by three hours within four days, and a further two-hour reduction will follow in the first week of May, tweeted caretaker Chief Minister Najam Sethi on Thursday.

According to a press statement, at a meeting at the chief minister’s secretariat, it was decided that a sum of Rs45 billion will be given to Punjab, to relieve the province of its energy crisis.

Later during the day, Sethi tweeted: “Punjab government has persuaded the federal government to reduce load-shedding by three hours within four days, [and] a further two-hour reduction in the first week of May.”

“A reduction in load-shedding will leave a positive impact on all sectors,” the statement quoted the caretaker chief minister as saying.

For about a month, all urban centres of the province are getting a maximum of 12 hours of electricity. However, in the past ten days, the situation has gotten worse. In rural areas, people are facing up to 22 hours of load-shedding.

“We only need oil and gas in required quantities to reduce load-shedding. If it is provided today, the masses will feel the difference”, NTDC Director General Tariq Majeed told The Express Tribune.

It depends on the finance ministry; if it provides funds then we can pay oil marketing companies and Independent Power Producers (IPP’s) for generation, Majeed said.

When asked about the development, NTDC director general said he was not aware of it since the company had not been informed as yet.