The army will be on standb­y in case the situat­ion requir­es their presen­ce.
By Web Desk
Published: April 22, 2013
Tweet Email 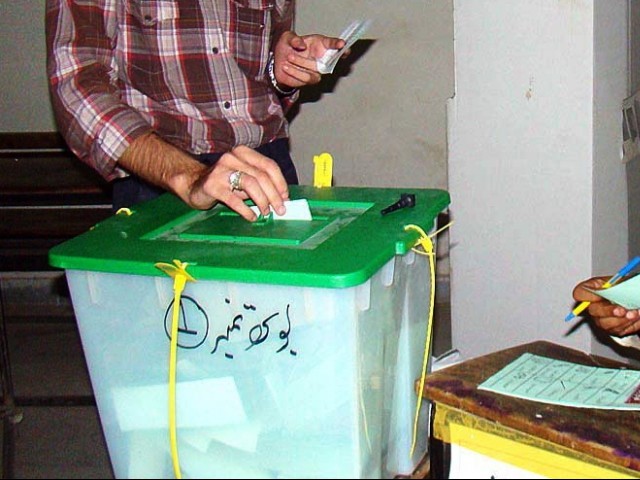 The Police and Rangers are expected to be deployed at polling stations. PHOTO: APP/FILE

According to the additional IG, there are nearly 3,700 polling stations in Karachi of which half have been declared sensitive, including those in the West district.

“We have made a deployment plan, the Police will assist Rangers at the stations,” he added.

The army will be on standby in case the situation requires their presence.

Earlier, the Election Commission of Pakistan declared Sindh as the most sensitive province with 4,629 highly sensitive and 3,621 sensitive polling stations.