Imran Khan’s lawyer sent away as he didn’t have author­ity letter.
By Our Correspondent
Published: April 3, 2013
Tweet Email 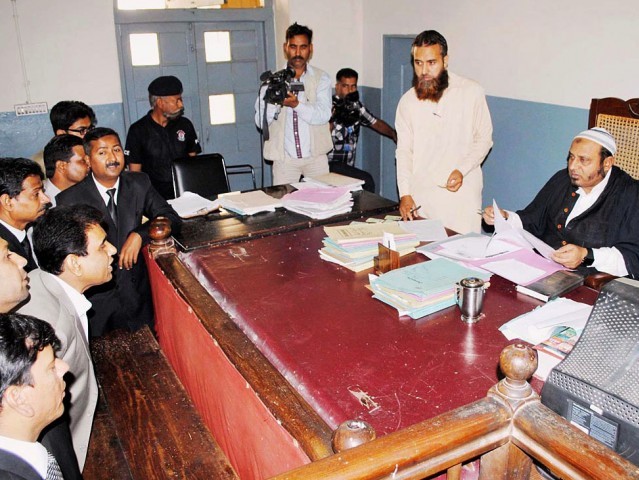 More than three hundred prospective candidates appeared before returning officers at the District and Sessions Court on Tuesday as the first phase of the scrutiny of nomination forms continued.

Several prominent politicians appeared in person before the returning officers while others – including Pakistan Tehreek-i-Insaf chief Imran Khan  sent representatives in their stead.

The nomination forms of two candidates  Advocate Irfan Ali Sindhu of the Pakistan Justice Party (for PP-149) and Shehzad Hassan Qaisar of PTI (for PP-137)  were rejected while Zafar Mehmood Bhatti (PP-137) withdrew his forms. Sindhu’s papers were rejected as he is one month short of 25, the minimum age for a Punjab Assembly member. Qaisar’s form was rejected as his seconder does not reside in the constituency he is running in.

A lawyer appeared on behalf of Imran Khan, but he did not have an authority letter, so the returning officer declined to scrutinise his form on Tuesday.

Khawaja Salman Rafique appeared on behalf of Khawaja Saad Rafique. Abdul Aleem Khan, Mujtaba Shujaur Rehman and Rana Mashhood Ahmed Khan also sent representatives to appear before the returning officers. The scrutiny of their forms was not completed on Tuesday.

Staff down: Shortage of radiologists at Jinnah Hospital