Film review: Mama - this is one scary Mama!

Film review: Mama - this is one scary Mama!

'Mama' is so fright­ening it will leave you wishin­g for the presen­ce of your own mama.
By Noman Ansari
Published: April 7, 2013
Tweet Email 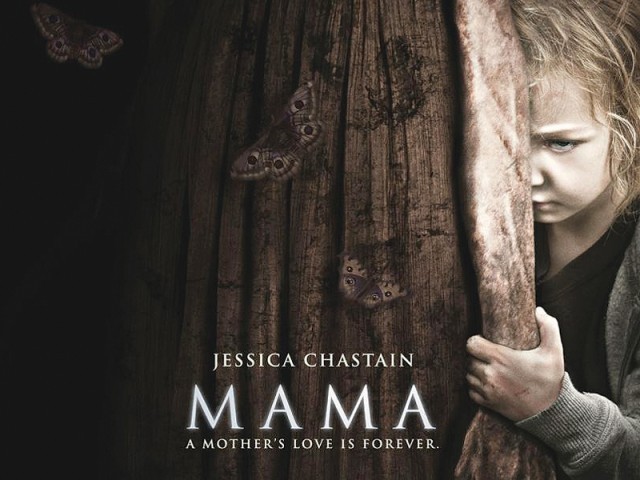 It may suffer from a few clichés, but Mama is one scary mama! Yes, at times this film on the supernatural directed by Andrés Muschietti was so frightening that it left me wishing for the presence of my own mama. And judging by the shrieks from my fellow audience members, I was not alone.

Mama begins with a scene typical of many horror movies. Three-year old Victoria (Megan Charpentier), and her one-year old sister Lilly (Isabelle Nélisse), along with their father Jeffery (Nikolaj Coster-Waldau of Game of Thrones fame), get into a car crash, after their speeding vehicle drives off a snowy road, and into the woods, where the trio finds themselves at what seems to be an abandoned cabin. Jeffery, who is in the middle of a psychotic breakdown having earlier murdered his business partners as well as his wife, decides to kill his young daughters with his handgun. But before he can pull the trigger, he is snatched away and killed by a smoky apparition. This savior of the two children is a ghost, who for the next five years takes care of the little ones as her own, until the girls are found by a search team sponsored by their uncle, Lucas, (Coster-Waldau). Having been away from any human contact, the girls are in a horrific state, underfed, hissing to communicate and crawling on all fours like beasts. The film subverts the powerful innocence of children.

The State turns them over to Lucas, and his girlfriend Annabel and they begin to live in a government-owned house. At this point, Mama transforms into a typical haunted-house film, with the ghost following her girls into their new home. Annabel, who is a former punk rocker, is still tough as nails. Although reluctant at first, Annabel’s love for the two girls grows steadily, until she decides to fight for her wards. And thus, this turns into a film about one mama against another mama. The film is produced by Guillermo del Toro (Pan’s Labyrinth), whose influence clearly felt in the absence of gore.

You can’t watch but you must watch — that is the impossible pull of the horror film. “I think we’re all mentally ill; those of us outside the mental asylums only hide it a little better,” Stephen King once said in an interview. He is the master of the macabre and explains the appeal of the horror film. He should know, he has sold 250 million books worldwide in the genre.

Perhaps we watch them to dare the nightmare or prove to ourselves that we are able to take it. We also watch them to remind ourselves of our own normality, argues King. Perhaps the movie theatre or your sofa at home are the only places where — even though it is just watching — we can unleash our darkest parts. There is a reason why we watch them in the dark, after all…

Models, Morals and Messing with Nature: 3 of our film picks on motherhood Blurred lines brought on by emotional crises dominate this celebrated work, Todo sobre mi Madre, by Spanish genius Pedro Almodóvar. A single mother relocates to Barcelona after her teenage son is killed in an accident. She continues to play roles determined by society and even takes on other ones such as a ‘surrogate’ mother to three strong characters, a stage actress, a pregnant nun (Penelope Cruz), and a sex worker. As its title makes clear, this Nargis classic is about the struggle to make the motherland, especially so close after Partition. Radha, the ‘mother’ of the village refuses to let grinding poverty compromise her morals. Symbolically she even kills one of her sons as he turns into a criminal. This Bollywood box-office hit is regarded as one of the finest works in world cinema.

It wasn’t quite a gender-bender for the 1980s, but Tom Selleck can babysit us any day. In this Leonard Nimoy comedy, three roommates are forced to care for a baby one of their girlfriends leaves on their doorstep. What was long considered a woman’s job took on a whole new meaning as the men struggled to change diapers (“How can something so small create so much of something so disgusting?” and feed the baby (Michael: I don’t know what babies eat? Peter: Soft stuff. We were babies once, for Christ’s sakes, what did we eat?).

Healthy living: The skinny on fat