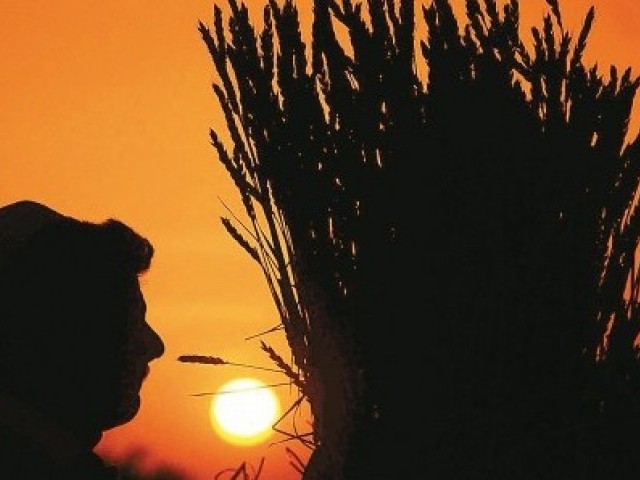 Nearly 150 farmers in Thatta will learn how to cultivate multiple crops and adjust to the new cropping calendar.

Through a project initiated with the help of three community-based organisations in Thatta, local farmers will find a lot of relief in their work. The project director, Haseeb Kiani, called the project, “the first local adaptation plan of action in response to climate change at the grass root level.”

Lead Pakistan in Muzaffargarh district will also launch a similar project – training 450 farmers to build salinity drains, necessary to drain excess rain water to the canals while preventing soil erosion and water logging problem, leaving the land unsuited for agricultural purposes. The pilot projects, launched last week in Thatta and a week before in Muzaffargarh, are set for completion by April 2014.

Kiani, the director for Lead’s Climate Leadership for Effective Adaptation and Resilience project in 13 districts across South Punjab and Sindh, said they are interviewing 150 people in each district about the changes in response to extreme weather, floods, and uneven rain patterns.

The year-long training project in Thatta was launched on March 29. Interviews with local farmers revealed that winters are becoming shorter while summer season is becoming longer, said Kiani. This has delayed the cropping period since the traditional sowing season for wheat started on October 15 and lasted till the first week of November. With shorter winters, it has moved as farther as December 15, he pointed out.

Many crops do not survive because most local farmers are still following the old cropping calendar. This had led to low yields or has damaged the entire crop of wheat, sunflower, sugarcane and cotton. This programme will train farmers on techniques for maximum utilisation of their land. For one field, they will be trained to crop cotton or wheat along with some local vegetables. If one crop is damaged, the other could serve as a financial cushion, he explained.

The vulnerability study for Muzaffargarh, worst hit by the floods in South Punjab in 2010 revealed the foremost demand to establish salinity drains. Old ones are broken down or non-existent in most areas, he said, adding that uneven monsoon patterns also make these drains an absolute necessity.

Their studies also revealed that only 1.5 million acres of the total 2.5 million acres remains cultivable in Muzaffargarh. Salinity and water logging cannot be blamed entirely for the land becoming infertile, but they are definitely one of the big reasons behind the loss of agricultural land, he said.

The farmers who manage to establish salinity drains will be given small incentives. “This will not only encourage them to build drains they are to benefit from, but will also encourage other farmers to build similar ones to prevent flooding and water logging in the future.”

Lok Sanjh, another Islamabad-based NGO, is conducting research to prepare local plan of actions for farmers in Attock, Chakwal and Rawalpindi districts of North Punjab and in Layyah in South Punjab. Its founder, Shahid Zia, said a project to understand climate change will last a year, but a plan of action and implementation will take more time. Research is underway on crop rotation and seed management given the changing weather in these regions, he added.

Five years ago, Zia also introduced the system of rice intensification, a climate-resilient rice growing technique, in northern districts of Punjab. Over 500 farmers are currently applying the technique to grow rice crop.