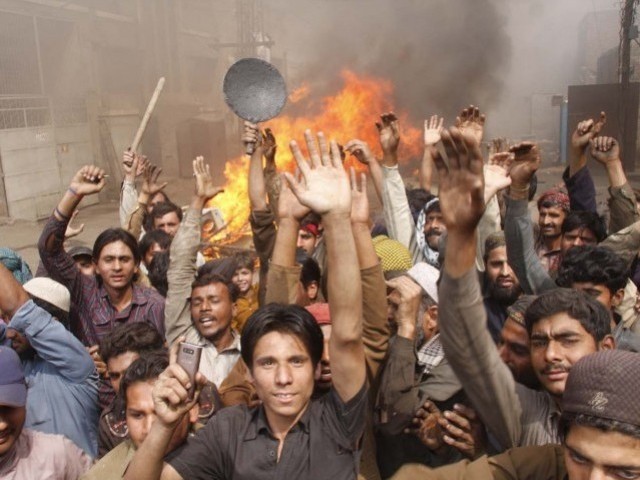 The Senate’s Standing Committee on Human Rights will visit Joseph Colony, Badami Bagh tomorrow (Friday). The panel has summoned the Inspector General of Punjab Police and the divisional commissioner on April 4 for a detailed briefing on the tragedy, The Express Tribune has learnt.

The district coordination officer has been directed by the commissioner to depute a conducting officer to facilitate the committee on the site.

The 267 families affected by the Joseph Colony attack have confirmed that they have received the Rs500,000 compensation cheques while the Excise and Taxation Department is verifying the claims of damage to vehicles, states a progress report prepared by the district administration on March 27.

A number of families had claimed that their rickshaws and motorcycles were set on fire by an angry mob during the arson attack on the houses a few weeks ago.

The report, copies of which were sent to the commissioner and the Home Department, also states that 99 per cent of the families had been moved to their repaired houses.

According to the report breakfast, lunch and dinner are still being served to the affected families by various NGOs under the supervision of a Ravi Town administration representative.