Afghanistan says ready to work for peace without Pakistan help

Afghanistan says ready to work for peace without Pakistan help 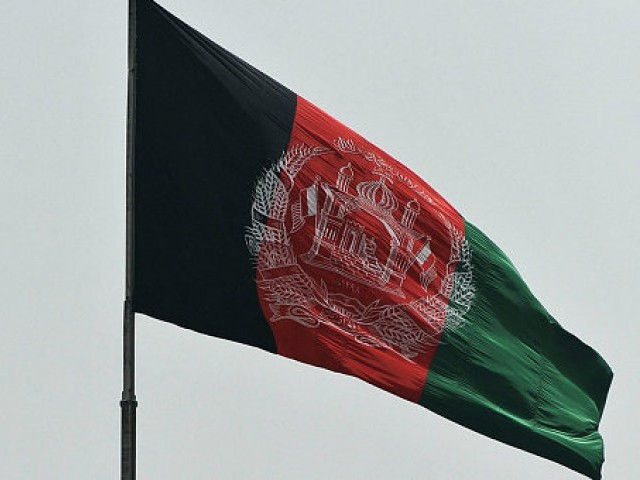 KABUL: Afghanistan is shocked by Pakistan’s “complacency” in the nascent Afghan peace process and is ready to work without Islamabad’s help on reconciliation, Deputy Foreign Minister Jawed Ludin told Reuters on Wednesday.

It was the first time Afghanistan has suggested the possibility of going it alone without its neighbour. Regional power Pakistan is seen as critical to stabilizing Afghanistan because of its long ties to insurgent groups.

Ludin also said the government would look to senior Taliban figures recently handed over by the United States in Bagram prison to urge militants to pursue peace. He did not elaborate.

Afghan officials had been pushing Pakistan hard to encourage the Taliban and other groups to join reconciliation efforts and Kabul had spoken of progress after Islamabad released some Taliban prisoners who could promote peace.

But Ludin, widely believed to shape foreign policy, told Reuters in an interview that Afghanistan had noted a shift in Pakistan’s position towards peace efforts that are gaining more urgency as foreign forces prepare to leave by the end of 2014.

“We here in Kabul are in a bit of a state of shock at once again being confronted by the depth of Pakistan’s complacency, we are just very disappointed,” he said.

“But what has happened in the last few months for us, (we)see that Pakistan is changing the goal post every time we reach understanding.”

Afghanistan also said it had cancelled a military trip to Pakistan due to “unacceptable Pakistani shelling” of the country’s mountainous eastern borderlands.

More than two dozen Pakistani artillery shells were fired into Afghanistan’s eastern province of Kunar on Monday and Tuesday. The cancellation of the trip and days of angry diplomatic exchanges have placed further strain on a fraught relationship.

Afghanistan expressed its concern about what it called Pakistan’s attempt to sideline President Hamid Karzai’s government to US Secretary of State John Kerry during his visit to Kabul this week, said Ludin.

The deputy foreign minister, who is closely involved in peace efforts, said Afghanistan insisted that its High Peace Council, formed by Karzai, should spearhead any peace efforts.

Ludin said Pakistan had been trying to get the Taliban to talk to other parties, like the opposition, something he said would reverse gains.

“Suddenly, there is a new notion of the peace process now being introduced by Pakistan and that’s ‘well why should the Taliban talk to President Karzai or the High Peace Council?'” said Ludin. “They (Taliban) should in fact talk to other political parties. That’s what they have told us,” Ludin said.

“Pakistan’s concept of the peace process is one that will reverse the achievement of the last 10 years that will negate the centrality of the Afghan state.”

Although there have been several meetings in Western capitals over the last few months in which representatives of the Taliban met Afghan peace negotiators, there are no signs of any breakthrough.

Karzai is due to visit the Gulf Arab state of Qatar soon to discuss the opening of a Taliban office that could be used for peace contacts in the future.

Kabul has long been suspicious of Pakistan’s intentions, accusing it of harbouring the Taliban leadership in the city of Quetta, and using militants as proxies to counter the influence of rival India in Afghanistan.

But a few months ago, Kabul was encouraged after Pakistan released some Afghan Taliban prisoners from its jails.

Now relations seem to have taken a sharp turn for the worse as the United States winds down the war, now in its 12th year.

This week, Pakistani officials accused Karzai of being an impediment to the peace process.

Ludin suggested Pakistan wanted Afghanistan to remain unstable so that militant groups allegedly backed by Islamabad would be in a position to capitalise on instability after 2014.

“What they would like is again a fragmentation of the Afghan state and going back to the drawing board so that they can have another 10 years, at least another decade, of weak, compromised Afghan state,” he said.

Ludin stressed that Pakistan was a pivotal player and Afghanistan would still welcome its support.

“The sad reality is though Pakistan still remains the most important missing link in this whole vision that we have,” he said.

Karzai had worked too hard and taken too many political risks to let Pakistan dictate how peace efforts should proceed, Ludin said.

“He (Karzai) has spent his political capital on this, he has basically staked his own political capital, his own reputation, on this and he has really mobilised the whole country, the whole region in support of the process,” said Ludin.

“It is laughable, laughable if Pakistanis think that the whole notion of the President Karzai is impediment to peace.”

Karzai’s government, he said, would now turn to some of the most senior, hardcore Taliban leaders behind bars in Bagram in its quest for peace.

“We will try to appeal to them and say: ‘Look, continued reluctance of Taliban to stay away from peace process and any buy in to this whole Pakistani design that they should not to speak to the Afghan government, is dangerous,'” said Ludin.

“Now that we have them we will see who is ready to help in this process.”