Leghar­i was surren­dered to the federa­l govern­ment follow­ing the blast in Abbas Town.
By Our Correspondent
Published: March 23, 2013
Tweet Email 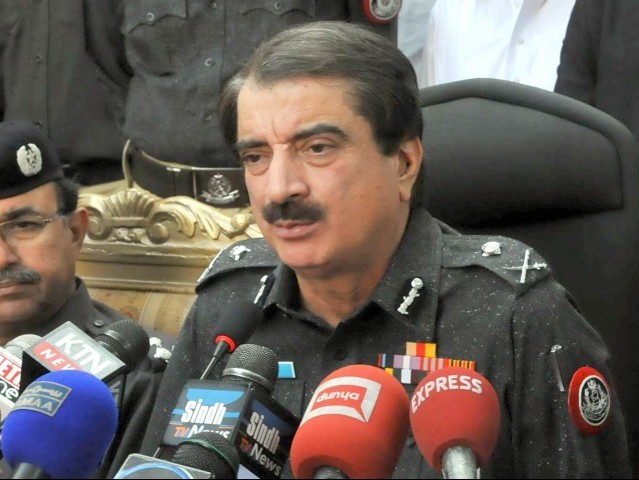 Shahid Nadeem Baloch, a grade-21 officer of the Police Service of Pakistan has been appointed as the new chief of Sindh Police on Friday.

Baloch replaces Fayyaz Leghari, who was serving as Sindh IGP since July 10, 2012, when he was reappointed to the post. Leghari was surrendered to the federal government following the blast in Abbas Town. During the transition, Ghulam Shabbir Shaikh was the acting IGP.

Baloch had worked with the police department in the 1990s. He was SSP for district Central, SSP Malir and SSP West between 1989 and 1997. He also served as Finance AIG. After leaving the police department, he was posted to the Federal Investigation Agency on deputation, where he spent at least 10 years. Before taking the Sindh IGP position, Baloch was serving as the director of the Pakistan Telecommunication Authority. He would retire on February 21, 2014.

The Supreme Court bench hearing the Karachi violence case on Thursday had expressed its disappointment that the government had not appointed a permanent IG. They were notified of Baloch’s appointment on Friday.

Son of a professional lawyer, Baloch hails from Shikarpur and is considered a competent, polite officer. He is expected to take charge on Monday. “I will reach Karachi on Saturday (today) and then see what will happen,” Baloch told The Express Tribune. “In order to figure out how to deal with the law and order situation, I will have to study the whole situation and then formulate a strategy.”