The commit­tee will follow the two-third majori­ty rule if they fail to decide on one name unanim­ously.
By Web Desk
Published: March 20, 2013
Tweet Email 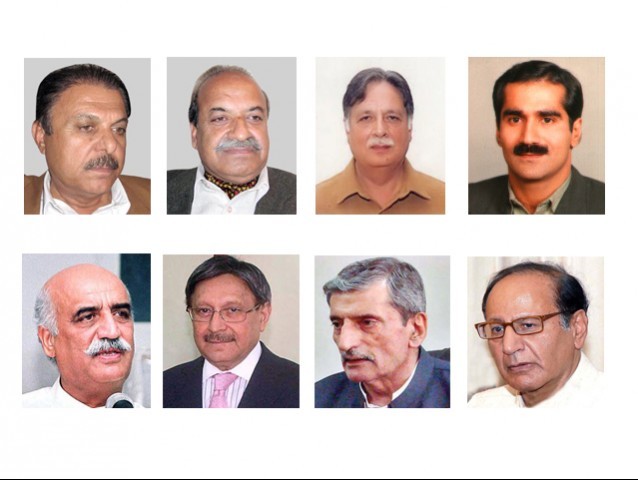 ISLAMABAD: An eight member parliamentary committee composed of representatives of the government and the opposition failed to come to a decision regarding the caretaker Prime Minister (PM) in their first meeting on Wednesday, Express News reported.

The committee consists of four representatives from the government, including Khursheed Shah, Farooq H Naek, Chaudhry Shujaat Hussain and Ghulam Ahmed Bilour. The committee has three days to finalise a name for the interim premier.

Shah told the media that during Wednesday’s meeting they discussed the merits of two candidates, Justice (retd) Mir Hazar Khan Khoso and Rasool Bux Palijo, out of four probable candidates shortlisted for caretaker prime minister in the meeting.

The former federal minister added that the merits and demerits of Dr Ishrat Hussain and Justice (retd) Nasir Aslam Zahid, for the top slot, will be discussed in the next meeting scheduled for Thursday.

“Since, this is our [eight member committee] first meeting, we had to formulate certain rules that we will follow while finalising a name for interim PM,” Shah explained the proceedings of their meeting.

He added that if they fail to unanimously elect a candidate for the post, then the candidate with two-third majority will be selected.

Oppositions’ representative Mehtab Abbasi further explained the procedure for selecting an interim premier, “Our candidate should have five qualities: [the selected candidate] should be impartial, a person of integrity, should have experience [in any government institution], no political affiliation and the general public should have a positive perception [about the selected interim PM].”

While responding to a question regarding the extent of powers allotted to the committee, Farooq said, “We cannot add names to the list [proposed names for interim PM] as this will be against Constitution.”

“The committee will try its best to select one person for the top slot [caretaker PM] in three days but if we fail to do so then the list of names will be forwarded to ECP [Election Commission of Pakistan]. They [ECP] will then make the decision within two days.”

Naek reiterated that it was not necessary to unanimously agree on one name, even if six members agree on one candidate then the caretaker PM can be announced.

The eight-member committee was formulated on March 19 and were given the task to pick the next caretaker prime minister of Pakistan after the government and opposition parties failed to agree on a name within the stipulated time.

The parliamentary committee, formulated by National Assembly speaker Dr Fehmida Mirza, was given time till Friday to appoint the interim prime minister.