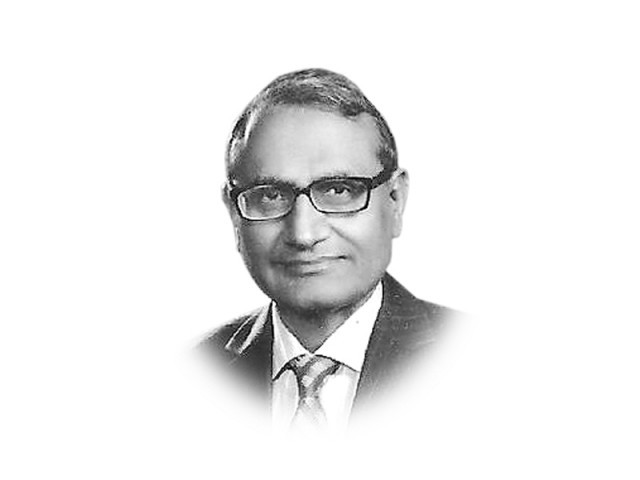 Nawaz Sharif shares Bill Clinton’s adage — “It’s the economy, stupid”, but with a desi touch. In the just released manifesto of his party, as in his past tenures, the economy is priority number one. “Strong economy, strong Pakistan” is the theme song. This is due more to his business background than to any articulate economic thinking. Otherwise, this column would have been on “nooneconomics”, not “nooneconomy”. In his first tenure, he went all out for liberalisation, deregulation and privatisation. The word got around that there was money to be made in Pakistan. The second tenure demonstrated his will to undertake mega projects, despite strong intellectual, bureaucratic and political opposition. And the economy is also in focus in the new manifesto, flavoured though by populism to extend his support base. The minimum wage is to rise from Rs8,000 to Rs15,000. Eight hundred thousand jobs are to be created annually, in the public as well as the private sector. A national manpower plan will match the demand and supply of skills and labour. Infrastructure projects, especially in the top priority sector of energy, will be made labour intensive. Restructuring and revamping rather than outright privatisation are the buzzwords. The railway is described as a favoured mode of transportation for the common man. It will be managed effectively through an independent board. Similar measures will be taken for PIA. Providing housing for all will be a serious pursuit. Salaries and pensions will be protected and subsidies will be more targeted. In an oblique reference to the Benazir Income Support Programme, the manifesto commits to the continuation of cash transfers with greater transparency and a special focus on widows, orphans and female children. Expenditure on social protection will be taken to two per cent of GDP. Education gets four per cent of GDP and an emergency will be declared to achieve targets. A uniform system of education and the declaration of mother tongues as national languages have been promised. Health will claim two per cent of GDP and a national health insurance policy will be launched. Poverty and hunger will be addressed by making access to food a fundamental right. Land reform leads to revitalisation of corporate agriculture via land development corporations and with equity for poor farmers.

All this is to be achieved by raising the investment rate to 20 per cent from the present 12 per cent, and achieving GDP growth of six per cent. No new taxes will be levied and the number of existing taxes will be reduced. There will be no increase in the rates of existing taxes. If anything, these rates will be brought down. As if to reaffirm the populist stance, an exception has been made in the case of regulatory duty on the import of luxury items. Yet, the tax-to-GDP ratio is envisaged to rise from the present low of 9.9 per cent to as high as 15 per cent. With no new measures, this jump requires a GDP growth of at least 10 per cent. Assuming that the desired tax-to-GDP ratio is somehow achieved, the additional 5.1 percentage points will be exhausted by the proposed additions of 1.9, 1.3, 1.5 and (possibly) 0.4 percentage points to education, health, social protection and food security. To keep the fiscal deficit at the promised level of four per cent, infrastructure requirements will have to be financed by cutting expenditure drastically. It is proposed to cut down non-salary and non-pension current expenditure by one-third, forgetting that the untouchable debt servicing constitutes the largest item here.

The numbers don’t add up. They did not, even in the earlier tenures. Let fools contend for macroeconomic consistency. The PML-N will march forward under the Pakistan Business and Economic Council chaired by “Prime Minister” Nawaz Sharif.