I have nothing to do with it, says Taseer

I have nothing to do with it, says Taseer 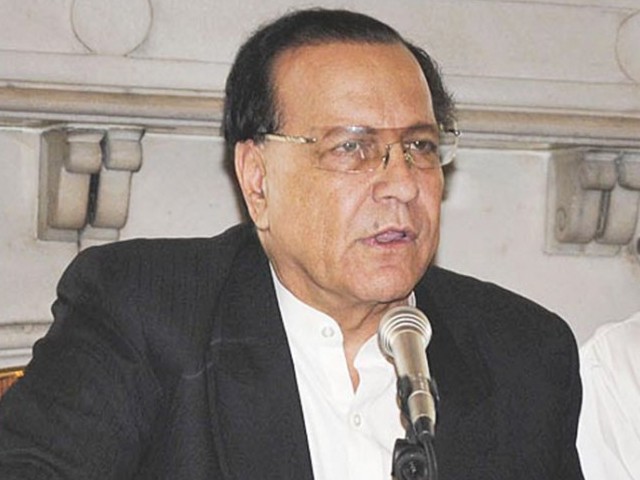 ‘Major (retd) Mushtaq, Rana Maqbool and Jahanzeb Burki are running the affairs of the Punjab government like Brigadier (retd) Imtiaz did in the past’

LAHORE: The Punjab governor, while denying allegations levelled against him and the federal government regarding a plot to kill Khawaja Muhammad Sharif, said that he had written to the Chief Justice of Pakistan about the issue.

Talking to the media at the Governor’s House, Salmaan Taseer said that he had asked Justice Iftikhar Muhammad Chaudhry to form a judicial commission to investigate the allegations of a murder plot against the Lahore High Court (LHC) chief justice.

The governor termed the ‘unauthentic’ report a ‘conspiracy’ against him. Governor Taseer said the leaked memo, said to be issued by the Special Branch, was a plot against democracy. He said, “Pakistan is going through a rough patch, and making this report public was an attempt to destabilise the federal government”.

The governor said that the former head of Special Branch, Colonel (retired) Ehsanul Haq had denied any knowledge of the report.

Taseer also questioned Chief Minister (CM) Shahbaz Sharif’s silence on the issue. The chief minister has suspended officials over small issues in the past, so why has he not taken any action against those responsible for this leak, he said. “The CM must clarify whether the report was leaked with his consent since Shahbaz Sharif’s secretary was responsible for the leak,” he said.

“The chief minister should explain whether this happened with his knowledge, or whether someone else is behind it,” Taseer said. He demanded that the CM not only make public “the hidden facts” but also the findings of the investigation.

The governor, told media representatives that a secret memo regarding a plot to assassinate the chief justice of the Lahore High Court had been released on August 2 by the Special Branch. The report, which levels serious allegations against members and representatives of the federal government, is not signed by any officer, said the governor.

Salmaan Taseer also said that the report had accused him, the representative of the Federation in the province, of being involved in the plot.

He added that the report had been sent to the CM but Tauqir Shah, the CM’s private secretary, had released it to a reporter of a daily. “The newspaper published the report without verification – going against the journalists’ code of conduct,” Taseer said.

During the press conference the Punjab governor said that people like Major (retired) Mushtaq, Rana Maqbool and Jahanzeb Burki – associated with banned terrorist organisations – were running the affairs of the Punjab government “like Brigadier (retired) Imtiaz did in the past”. “These people are conspiring against the Pakistan People’s Party and want me to step down,” he said. Taseer said that he was “not afraid of Rana Maqbool. He was an ‘encounter specialist’ who had tortured politicians and civil society activists in the past,” he added. “I regard the LHC chief justice as a good man,” Taseer said.

A comedy of terrors