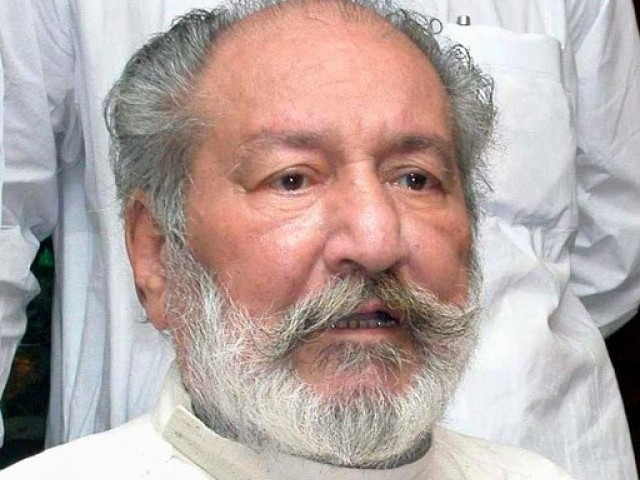 Pir Pagara had said former president Musharraf’s party was just a dream and that it had no credibility since he is an army man first and a politician second.

The decision was taken in a meeting between PML-F chief Pir Pagara, PML-Q president Chaudhry Shujaat Hussain and its secretary-general Mushahid Hussain. “It is not a unification but an assimilation of the Muslim League,” Pagara told journalists at his residence in Karachi.

Pagara claimed that all differences of opinion have been resolved between the two factions of the Muslim League. There is no issue left [unsolved] now between Chaudhry Shujaat and I,” he said.

“All factions of the Muslim League have been invited to unite on one platform of the All Pakistan Muslim League,” Pagara said after the meeting. “Everyone is welcome to join the party, including PML-N chief Mian Nawaz Sharif, but he (Sharif) has not made any contact in this regard,” Pagara said.  He also advised Tehrik-i-Insaf chief Imran Khan to either join the APML or risk political isolation. “The next government will be ours,” a confident Pagara said. The present situation, according to Pagara, is more revolutionary than any revolution.

In response to a question about the role of the army, he said that the armed forces would continue to play their customary role. “The army’s existence is within our ranks,” he said.

Speaking at the occasion, Shujaat said: “We want Pir Pagara to lead our party. Pakistan is passing through a critical phase and we can come out of this critical juncture under the leadership of Pir Pagara. Reunification of PML factions is critically needed now than ever before.”

The country, according to him, has been brought to the edge of a precipice. “Now if the patriots do not come forward, then God know what will happen to the country,” he said.

Offering a formal response of his party, PML-N spokesperson Ahsan Iqbal said: “This has no significance for the future of politics in Pakistan because PML-Q and PML-F, which were both partners with General Pervez Musharraf have gone through similar exercises in the past. This is just a replay of past political dramas.”

Iqbal pointed out that the politics of mergers and coalitions rarely worked. “Therefore, for some time now the PML-N has followed a policy of maintaining its identity,” said Iqbal.

(With additional input from Online)