Collective wisdom of a nuclear state

Collective wisdom of a nuclear state

If negoti­ations fail, then the nation should suppor­t the use of force agains­t the TTP, withou­t any ifs and buts.
By Asad Munir
Published: March 4, 2013
Tweet Email 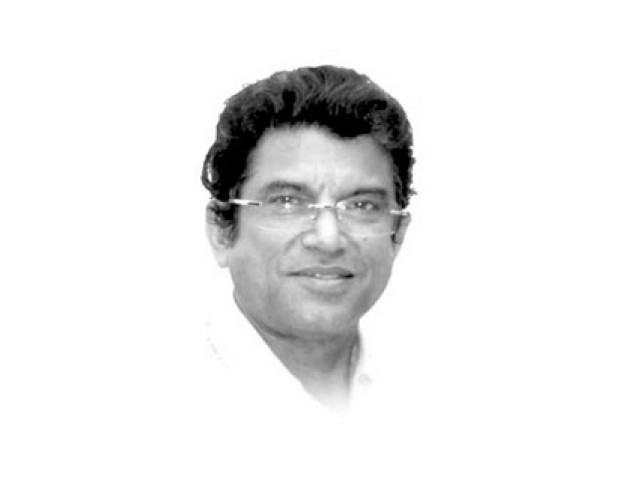 The collective wisdom of a nuclear power was aptly displayed in the recently held all-parties conference (APC) of the JUI-F, in which all mainstream political and religious parties, as well as civil society groups agreed to negotiate peace with militant elements through a broadened tribal jirga. Since the Tehreek-e-Taliban Pakistan (TTP) gets offended with the word ’terrorist’ — they like to be known as jihadis — the APC omitted the word from their five-point declaration, ignoring the fact that these ‘pious’ people have killed more than 40,000 innocent Pakistani Muslims in their jihad against ‘infidels’. The declaration also did not include the condition that the TTP lay down arms before the initiation of a meaningful dialogue. The father of our nuclear programme reportedly stated, “What weapon of bargain will they have in talks if they surrender their arms?” No one has asked them to deposit their arms in the state armoury. They have just been requested not to use these against the state and innocent Muslims. A journalist reportedly stated that “the tribal people had come to the political leadership for the last time and if they returned disappointed, the national leaders would have no control over them”. Why ‘last time’, he did not elaborate, but he was probably hinting at the possibility that if we do not talk to the Taliban, Fata may no longer remain under the control of the state.

The people who would really be enjoying this collective wisdom must be Hakeemullah Mehsud and his partners in crime. They will be delighted that after killing thousands of Pakistanis, attacking military installations, beheading soldiers, kidnapping people for ransom, looting banks, terming Muhammad Ali Jinnah a ‘kafir’, they have still forced all elected leaders, including the prime minister, to talk to them, on their terms. The TTP knows that political parties want to run a peaceful election campaign and are apprehensive of violence, which their suicide bombers could unleash, and, therefore, chose this time to make their dialogue offer.

The governor has offered the Governor House to the tribal jirga to use as office. Some questions from the members of this nominated grand jirga: where has this jirga been for the past 11 years when Pakistanis were being killed ruthlessly? If the Maliks of this jirga were not the accomplices of the terrorists, did they protest when Fata was taken over by the Taliban? What are their credentials? Did they ever fight against the atrocities committed by the TTP and al Qaeda against the tribal peoples and the army? Did they condemn the killings of tribal Maliks who probably enjoyed a high stature and wanted to resist the presence of foreign militants in their areas? Did they ever protest against those tribal people who provided shelter to foreign militants?

The APC, in its lengthy session, probably did not discuss the modalities of talks and the various groups likely to be engaged, leaving it to the discretion of the jirga. However, in all probability, the jirga is likely to be confronted with some serious issues. Hakeemullah Mehsud may not be in control of other terrorist outfits, such as those operating in Swat, Bajaur, Mohmand, Orakzai, FRs and Khyber Agency? What about al Qaeda and thousands of other foreign militants residing in Fata? Will they be deported to their own countries to fight against their regimes for the implementation of shariah? What about the Lashkar-e-Jhangvi and other Punjabi Taliban, against whom the federal government has announced a crackdown? It will be a big achievement if the jirga can effect a ceasefire the day negotiations are initiated.

The TTP is waiting for a ‘positive response’ from the army, which they did not want to name as guarantor. If a majority of Pakistanis are convinced that negotiations are the only option to get rid of terrorism, talks should be held but within the ambit of the Constitution, and respecting the country’s law and sovereignty. However, if negotiations fail, then the nation should support the use of force against them, without any ifs and buts.

Iran-Pakistan: a moment of rejoicing