ECP is given the author­ity to change the consti­tuenci­es.
By Web Desk
Published: March 2, 2013
Tweet Email 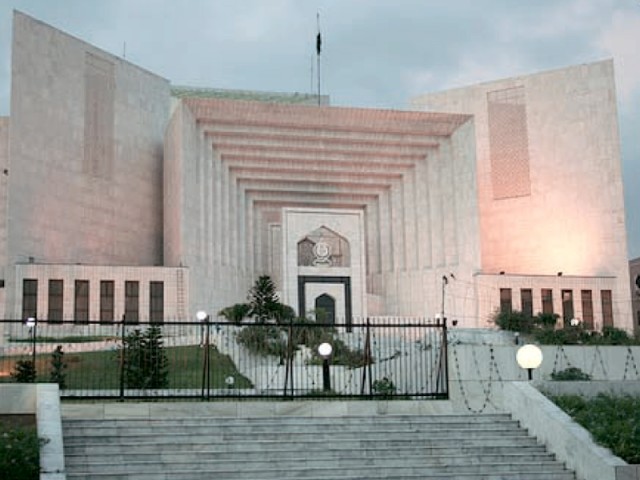 ISLAMABAD: The larger bench of Supreme Court of Pakistan issued a short order on the Karachi unrest case to the Election Commission of Pakistan (ECP) to ensure free and fair elections, Express News reported on Saturday.

The court issued a 27-paged notice which also included a six-paged note from Justice Khilji Arif.

The ECP was given the authority to carry out delimitation procedures  wherever it found that creating new constituencies were necessary, however the organization would be required to prove that those areas where delimitation will be carried out are violence prone areas that required extra attention.

ECP was also given the power to call in army if required.

The apex court had given such orders earlier as well, which were widely appreciated by the people, but the ECP failed to attain any benefits through thoughtful implementation of the verdicts.

This time SC said that the remarks given were not mere observations but orders to that needed to be implemented.

The order was the fourth of its kind, issued during the hearing of Karachi unrest case.

Reasons for failure should be examined, Mishbah Ul Haq