Which laptop should I buy? What phone will be the most user-friend­ly? Which music device will make me look cool?
Published: September 21, 2010
Tweet Email 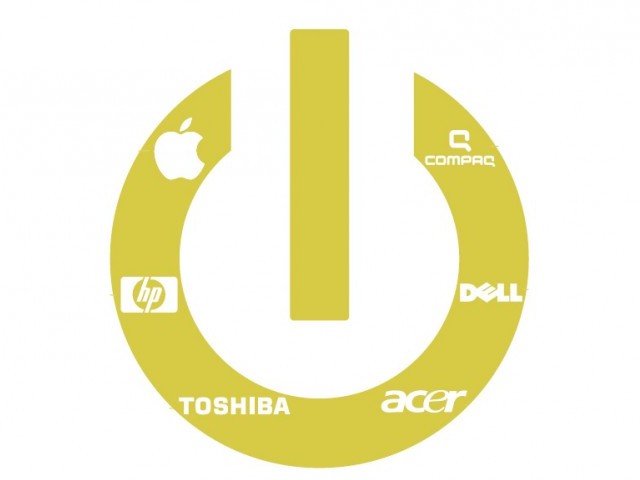 In the whirlwind technological landscape, gadgets come and gadgets go at a pace which leaves most geeks drooling and the average user absolutely bewildered.

Which laptop should I buy? What phone will be the most user-friendly? Which music device will make me look cool? In seeking answers to such questions, The Express Tribune conducted a survey to uncover the tech-rating and prevailing perception of brands in the local market. A total of 12 popular brands were identified and ranked by young students and professionals representing the urban, upwardly mobile, middle class/upper-middle class bracket of society.

Summary:  Everyone wants a Macbook. Adored by its owners and the laptop everyone aspires to, the Macbook series is the clear king of the technological jungle. Aside from expected cost woes, Macs score high on ease-of-use, excellent for working with multimedia and are just plain ‘cool’.

Summary: A big thumbs up on design excellence by all its owners makes HP a hot brand to buy locally. HP also scored high on durability and versatility, being one of the few brands cited for gaming purposes by multiple owners. As indicated by laptopadvisor.com, HP will most likely have a laptop for every kind of user out there, breaking away from the perception of them being ‘just a printer manufacturer’.

Top of mind: It’s hot, and it’s not a printer

Summary:  Toshiba scores high on durability and brand loyalty. Owners of Toshiba laptops indicated they would not switch brands, despite the occasional trouble with overheating on different models. As indicated by laptopadvisor.com Toshiba laptops are ‘not the sexiest computers out there’ but they seem to work for those who put reliability first.

Summary: Compaq has few defining features for its owners, the majority of whom would prefer to switch to a different laptop given the choice. While aesthetically pleasing and affordable, Compaq scored low for unspecified reasons (aside from complaints of overheating).

Summary: Not much to complain about if you own a Dell. A good brand and a good buy according to owners, Dell laptops scored well on being user-friendly, durable and worth the money. Much like Toshiba, very few Dell owners would be willing to part ways with their laptops, with brand loyalty to a well-established company factoring in.

Top of mind: Sure, why not

Summary: Aside from scoring ultra-high for being cheap and easy to carry around, Acer laptops fail to impress, with owners complaining of bad configurations (slow, hanging) and failing batteries across models. A majority of owners also indicated they would opt out of their Acer laptops given the choice (or the budget) to do so. Acer is definitely a value-deal option, or a good choice for the novice first user.

Summary: When it comes to music devices, there is a clear winner. The iPod scores ultra-high for music storage capacity, its filing system, overall ease of use and design and the critical ‘cool’ factor. Rave reviews and being the most sought after device in this survey places the iPod in the must-have category.

Summary: Few own it, but the Android gets special mention for being cited by many as the phone at the top of their wish list. Cons listed down range from ‘looks like a brick’ to ‘pricey’ but in the net-friendly, application-led world of today, appearance and price may be overlooked to make the Android the next hip gadget for the tech-savvy user.

Top of mind: Google it!

Summary:  Nokia’s biggest strength is that it really does have a phone out there for everyone. This is also its weakness. Lower end models received low scores for menu issues, voice quality and being perceived as ‘cheap’, while mid/higher-end models received either rave reviews for applications and ease of use or the exact opposite. However, everyone seems to agree that Nokia makes the most durable phones out there and what you pay for is exactly what you get.

Summary: It would be easier to specify where the iPhone does not stand out as the number one phone. Praise for the iPhone platform, applications, games, internet browser and overall design set it well above the competition. While many decry the device’s hefty price tag and lack of service options locally, owners would rather die than part with their iPhone.

Summary: It’s all about push-email, around-the-clock connectivity and social status for BlackBerry owners (and the many who aspire to own one). Not only does the BlackBerry simplify office work, it also implies success in the local mindset. Cons are few, but include the occasional software hanging, battery consumption and the fear of mobile snatchers.

Top of mind: Welcome to the (success) club

Summary: It’s cited as durable and affordable, and while the brand may have stepped out of the market, Sony Ericsson owners are loyal to their phones bar none. The brand did however score low on poor memory (and inevitably going obsolete).

Top of mind: I’m sticking to it