The system is predic­ted to cause rainfa­ll in severa­l distri­cts over the next two days.
By Our Correspondent
Published: February 22, 2013
Tweet Email 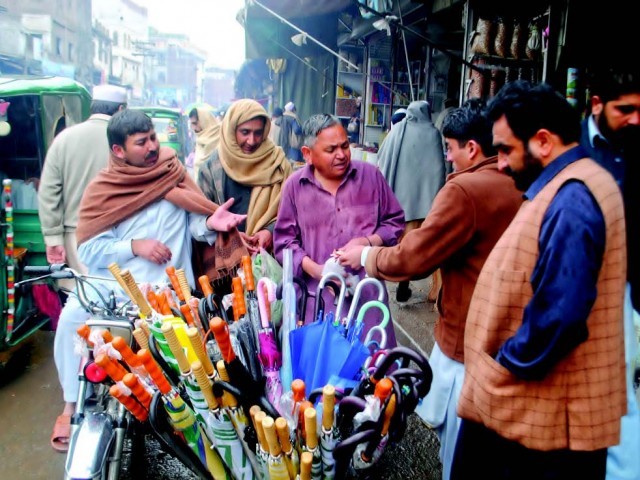 PESHAWAR: Peshawar received around 1 millimetre (mm) of rainfall on Thursday due to a western disturbance entering Khyber-Pakhtunkhwa (K-P), according to experts. The system is predicted to cause rainfall in several districts over the next two days. Rain started on Thursday afternoon and around 1mm was recorded in the city by 6pm. “This is more winter rain and we expect it to continue periodically until Saturday morning,” said Mushtaq Ali Shah, director of the Met Office, while talking to The Express Tribune. He said the system would cover nearly all of K-P’s districts and that normal snowfall was also to be expected in hilly areas of the province. Earlier this month, adverse weather conditions caused rain and snowfall over K-P and Fata killing over 40 people and injuring several others.